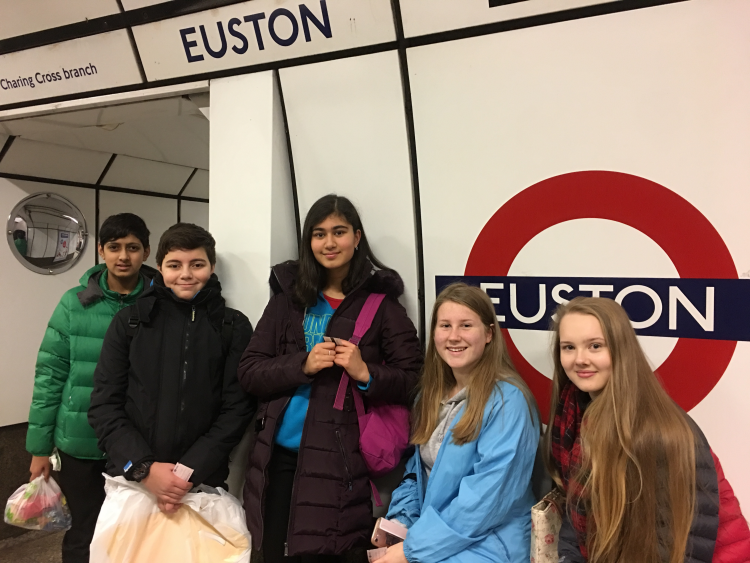 On Friday 7th December, a group of five Mandarin students from Year 9 and 10 competed in the annual National Mandarin Speaking Competition in London.

This year there were heats in Edinburgh, Belfast and two in London, and in our heat there were 36 schools competing in the group performance. This category required students to perform a short drama piece demonstrating the students’ understanding of certain aspects of the Chinese culture or society. Our story was based on an ancient myth from one of the minority societies which paid tribute to the foundation of their cultural identity. It was an ambitious and challenging task as our students had to show their command of the Mandarin language beyond the classroom requirements and also had to perform. The students worked so hard, learning lines and rehearing after school and this paid off and culminated in an intense five minutes in front of a large audience. 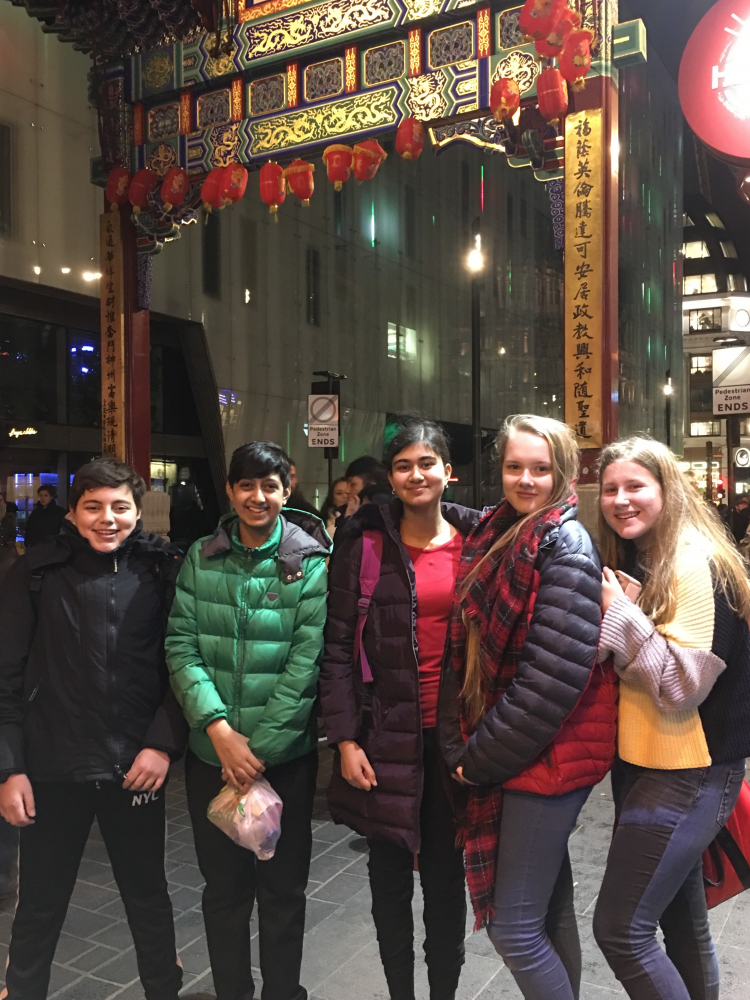 After the performance, as the team were in the centre of London, our students were rewarded by strolling along Oxford Road to soak in the atmosphere and see the Christmas Lights. They ended the day with a visit to a restaurant in China town.

We wish them the best of luck as we now have to wait for a week to see whether we have made it to the final.