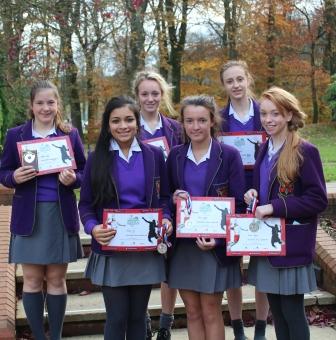 The first round of the U16 National Schools’ Badminton Competition was held at Westholme on Monday 12th November.   Westholme School entered two teams, both A & B teams playing extremely well and progressing through to the final.

There were some very close games played  in the final, but eventually the A team came out on top to win by four matches to one.   This meant that Westholme’s A team qualified for the county round of the competition which will be held in Thornton, Cleveleys in January 2013.

Well done to both Westholme teams.