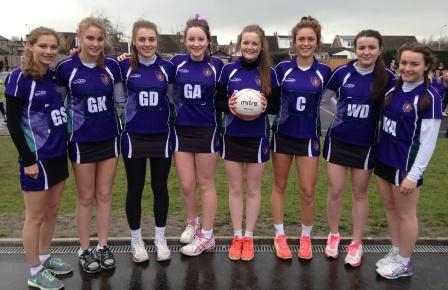 On Saturday 28th February, both our U14 and U16 netball teams represented Lancashire in the North West Regional Finals of the National Schools Netball competition. It was held at St Cecelia’s High School in Longridge on a very cold wet and windy day. The standard was extremely high as all the schools competing had also won their county rounds. 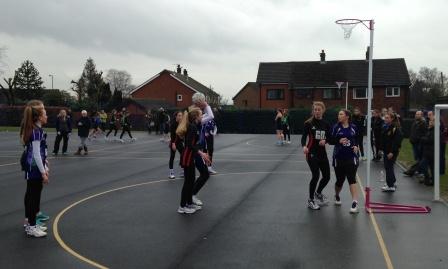 In the U14 competition, there were a few close matches and the results were as follows:
v Cheadle Hulme School drew 4-4
v Chetwynde School won 15-3
v Wirral Grammar lost 6-7
v Fallibroome lost 5-11 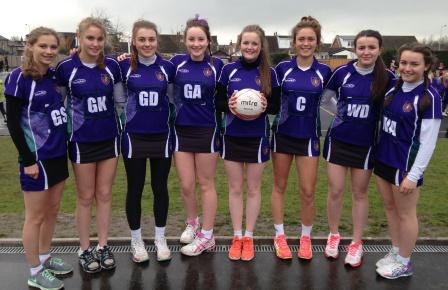 In the semi-finals we had to play the winner of the other section Wirral Grammar, and despite trying very hard we lost by 3 goals to 11 .

However, it was an excellent achievement to reach the semi-finals.

Well done to both of our teams for reaching the North West finals of the National Schools Netball competition. This is the first time that Westholme has qualified in both age groups in the same year.