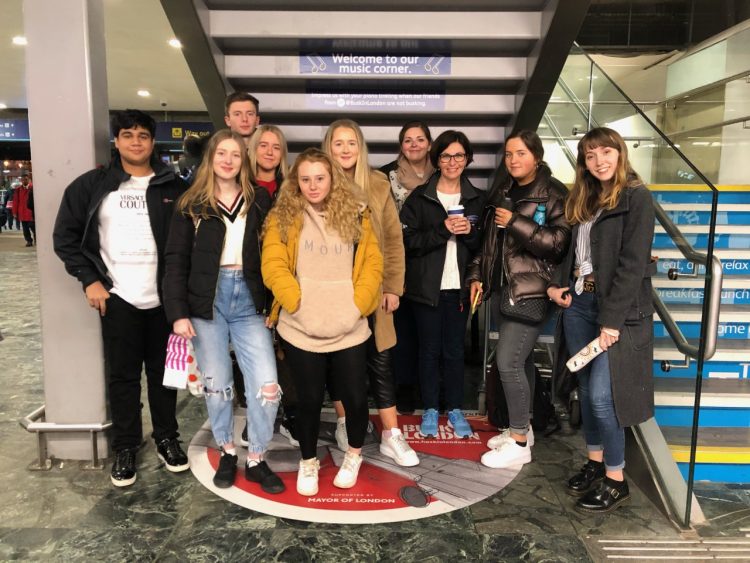 Yesterday, A Level Drama students in both Years 12 and 13 went to London to visit the National Theatre Archives to watch recordings of their set texts: Hedda Gabler (Henrik Ibsen) and Our Country’s Good (Timberlake Wertenbaker).

After a smooth journey down to London on the train, and a quick adventure on the tube, the students watched both performances and were spell-bound by the incredible talent of all of the actors involved. Watching a text in performance always enhances students’ understanding of the play; seeing the modernised performance of Hedda Gabler particularly highlighted how much of an impact social context can play in the interpretation of a text.

All students were moved by the performances, with Our Country’s Good leaving us all with our hearts in our throats throughout the entire second Act – such was the magic of Wertenbaker’s text brought to life by some of the most talented actors in the country.

After a trip to Nando’s for some, and Pizza Express for others, it was time to venture home. The train was abuzz with conversation about the dynamic, incredibly moving and mesmerising performances that we had all seen.