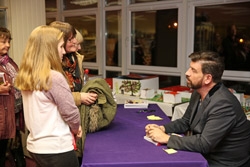 Another wonderfully entertaining evening was hosted at Westholme as part of the on going book talks programme, in partnership with Silverwood Events. We welcomed Nick Knowles to the LRC to talk about his new vegetarian and vegan cookbook ‘Proper Healthy Food’, but Nick is better known for his television career in programmes such as  DIY SOS, The Retreat and Who Dares Wins. 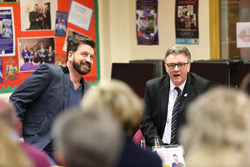 Mrs Lynne Horner introduced Nick and then John Gillmore (Gilly) from BBC Radio Lancashire who sat down with Nick in conversation to discuss not just his new book but the many aspects of his life. From the stories of the early days and how he got started in television, to his many successes, Nick’s life story is full of surprises and kept the audience gripped. Some of the lesser known facts about Nick are that he wrote an award winning film ‘Golden Years’ released in 2016 and the prolific work he does with charities outside of his busy television career. 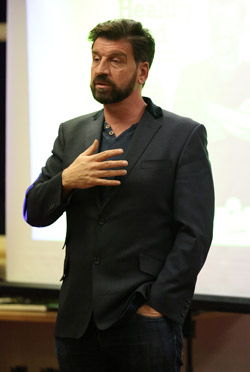 Nick, who describes himself as a ‘flexitarian’ has opted for a healthier lifestyle by eating less meat without giving it up completely. That way, as Nick says “you can’t fall off the wagon and you can still enjoy the odd burger or a drink without feeling guilty, because you know you’ll be eating healthily for the rest of the week”. 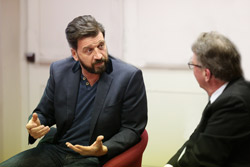 He decided to explore his love of food by creating over 100 vegan and vegetarian recipes by drawing on his own experience of cooking, talking to friends and taking advice from other foodie fans. His book is a rainbow of flavours and colours with ideas for breakfasts, lunches, mains and even guilty pleasures. 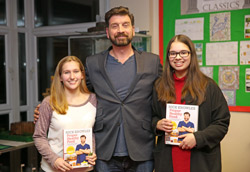 After a lively Q&A session Nick stayed to sign copies of his book and talk to audience members who were keen to meet him. The evening was an entertaining insight into the real Nick Knowles and we would like to thank Elaine from Silverwood Events for organsing the event, Gilly from Radio Lancashire and of course to Nick for taking the time out of his busy schedule to visit us at Westholme. 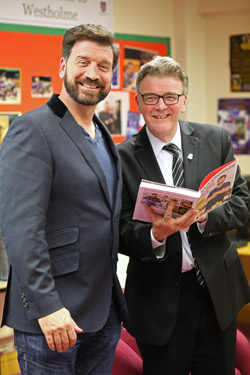