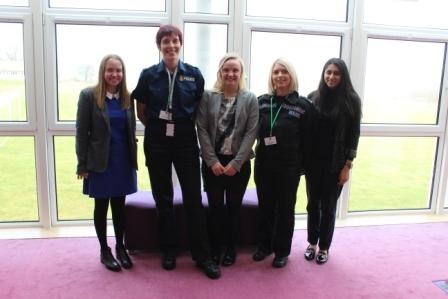 Yesterday, we welcomed former students Sarah Harman (nee Snowdon, 1988) and Emma Barnes-Marriott (2007) back to school to speak to our Sixth Form students about the career paths they have taken since leaving Westholme.

Former Head Girl, PC Sarah Harman has been in the police force for 25 years and is currently working in public order and personal safety. Her role involves training in various aspects such as riot, taser and fitness. She has also been lucky enough to work on large events such as the 2012 Olympics in London and the G8 summit in Scotland.

PC Emma Barnes left Westholme in 2007 and went on to study Psychology at Lancaster University. After achieving a Masters in Social Work, Emma decided that she would like to join the police force and applied for a position in the Derbyshire Constabulary. She now works at Matlock Police Station as a response officer. 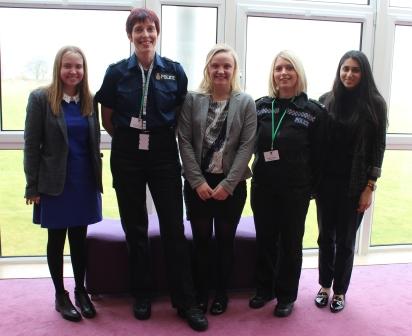 Sarah and Emma highlighted how difficult and lengthy the recruitment process is but that anyone wish to apply must be resilient. A successful application then leads to a 19 week placement at training school before you are allocated a station. With only 23% of police officers in the Lancashire constabulary being female, and an even lower percentage of women working in public order, women are still a minority.

The students who attended the talk found it to be very interesting – they also enjoyed a handcuff demonstration and learnt about the different types of restraints the police are trained to use.

We would like to thank both Sarah and Emma for taking the time to come in to school to speak to our students.