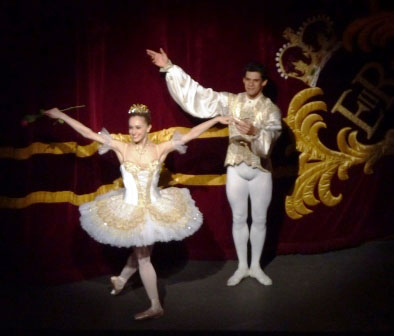 We enjoyed another super reunion on Saturday at the Royal Opera House in London.  35 former pupils gathered for an interesting backstage guided tour, which was fascinating.  Whoever would have thought almost 1000 staff are employed there?  A good meal at P.J.’s in Covent Garden then followed, and we were lucky enough to be joined by the owner of ‘Cinderella’, former principal ballerina Wendy Ellis Somes.

Wendy studied at Westholme as a child before leaving to go to London to pursue her dream.  Despite having an incredibly hectic schedule as the director of the ballet, she chatted to our guests and joined us for champagne at the interval.  The ballet was mesmerising and had our group enthralled.  Almost as enthralling were the celebs that we were busy spotting, including Will Young, Orlando Bloom, Beverley Knight and Jeremy Clarkson.  You do not get that in Blackburn!  Another delightful Westholmian event!

Click here to view a gallery of photographs from the event.