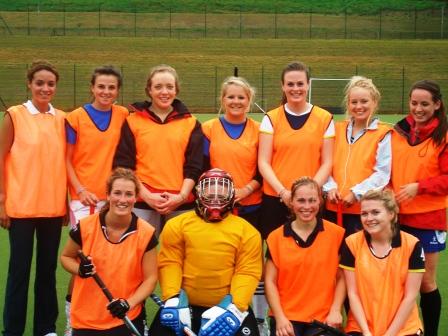 News travels fast to Old Westholmians; and with the knowledge that Westholme now had its very own astro-turf pitch, it was too much for some of the Old Girls to bear – they had to play on it!  And so, Charlotte Holden (left 2008) set about raising an Old Girls’ team to play against the current Westholme Senior Hockey team.

The event was fantastic with the standard of play being nothing less than awesome! The match was an end to end extravaganza; and at one point the current pupils’ team thought they may claw back a victory when it looked like the Old Girls were starting to tire. No such luck for our Year 11s and Sixth Form though and the match ended 4 – 2.

All the PE staff can say is that the Old Girls were obviously trained very well from an early age!

The event was such a success that we will be holding it again next year; and there is even talk of an Old Girls v Current Girls Netball match being organised for this December.  Watch this space!