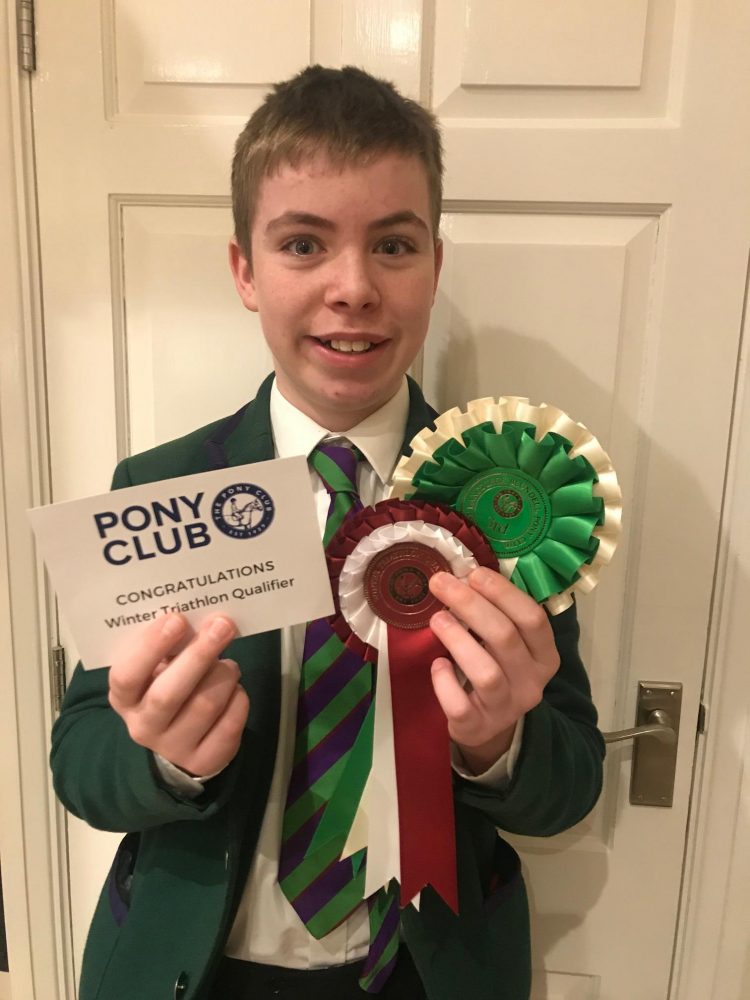 Oliver has been practicing hard over the winter and this hard work paid off when he came 3rd in his class and has qualified for the National Triathlon Finals to be held in Milton Keynes at the end of March.