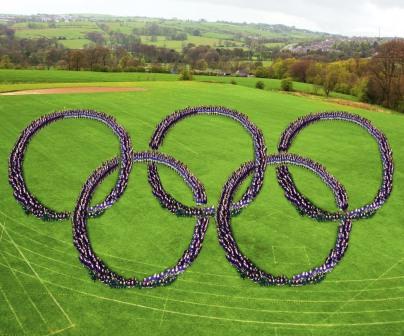 Mrs  Sutcliffe and her husband are living the Olympic dream!

To have one inspiring figure in the family is brilliant – to have two, tips into the realms of unbelievable!

Along with her husband Bob, Jan – Year 2 teacher at Billinge House, has been chosen to carry the torch as part of the Olympic torch relay in June. Both primary teachers, they are honored to be taking part in the relay in Appleby and Keswick respectively.

They were each nominated by parents of pupils for their inspirational roles in the community. Some 24,000 applications in total were submitted and Jan & Bob are fortunate to have been placed in the successful 8000.

Jan has taught hundreds of children to swim with Bob over many years. She inspired many of the children she has worked with to achieve more than they ever thought they could in swimming – and at the same time raise thousands of pounds for cancer charities. Her fundraising achievements include many sporting events from the Great North Swim to the London Marathon. She organised many activities for others to raise money too – from 24 swimathons to triathlons.

We are very proud of you Mrs Sutcliffe!