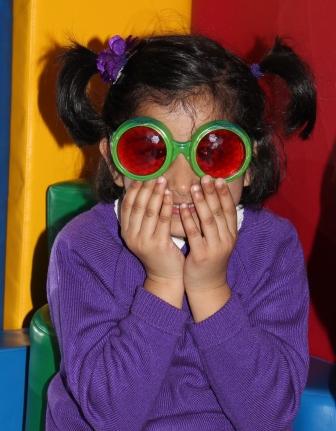 They presented them with a cheque for £273.00, which was the total amount of money raised, when they took part in the Obstacle Course earlier this month.

They were given a tour of the ward, which included a play in the ‘Rainbow Room’, a sensory room for children who are staying on the ward to play in.

They met one of the Doctors, and impressed her with their knowledge of the special equipment she uses to help make children who are sick, better. They noticed she wore a stethoscope and were able to tell her what it is used for.

They also met some of the Nurses who commented on how well behaved the children were. 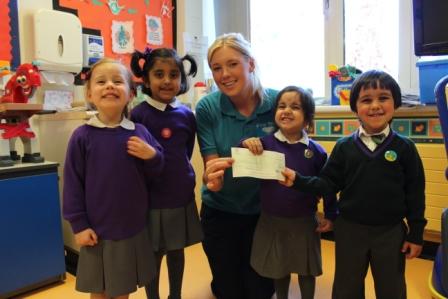 It was a lovely experience for the children, and they felt extremely proud when they were able to hand over the cheque, knowing where their money was going to.