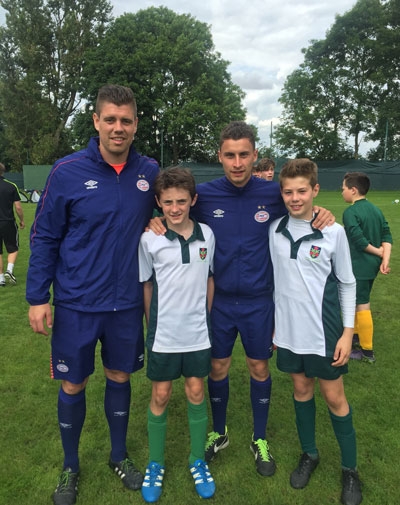 An invaluable learning experience for our students

Both William Couch, Year 7 and Thomas Perricone, Year 8 were chosen on merit for their performances in football this year.

On arrival, the boys were shown to the performance analysis room where Bury FC watch videos of their opposition in preparation for playing against them. 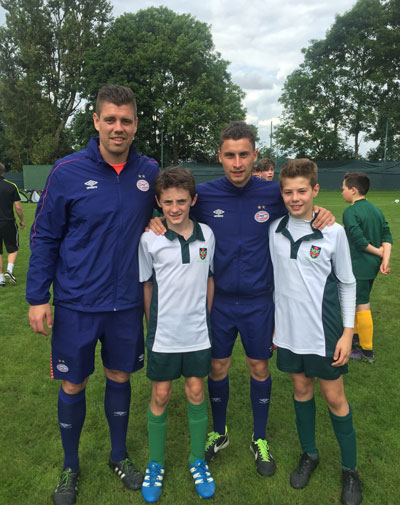 Their coaches for the day were 5 PSV Eindhoven Academy staff who had flown over from Holland to train the students. The sessions focussed on the PSV’s philosophy, that football can be broken down into 4 sections; attacking, defending, transition from attack to defence and transition from defence to attack. They also believe football is a series of problems and it is up to the players to be able to problem solve on the pitch to get to their desired outcome – winning the game! With this in mind the coaches set up 4 practices with each focusing on one of their beliefs. They presented students with problems and asked them to come up with solutions. For example, they had to work out how to effectively defend an overload (3 v 2, 5 v 4 etc).

After the sessions the students competed in a 7-a-side tournament where they put what they had learnt throughout the day into real life game situations.

This was an invaluable learning experience for our students and one they will never forget.