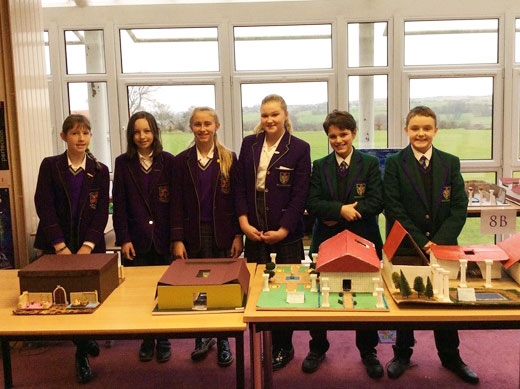 Towards the end of last term all of Year 8 put the information they had been learning in their Latin lessons to the test by constructing their very own model of a Roman villa. The annual competition has never been as hotly contested with groups going out of their way to produce the most authentic and artistic piece that they could. It was clear that parents had been roped in to help find resources at shops such as ‘Hobbycraft’ and ‘The Range’, with some parents telling Mr Oracz at parents evening about how they had bumped into each other in the shops looking for similar items! The results were very impressive, however, as it is a competition each class needs a winner. Due to the quality of the pieces it was decided that this year, as well as each class having a winner, there would also be an overall winner for Year 8. Mrs Horner kindly agreed to judge the competition after the villas were put on display in the LRC, where the school can appreciate the effort and ability of our Year 8 students. 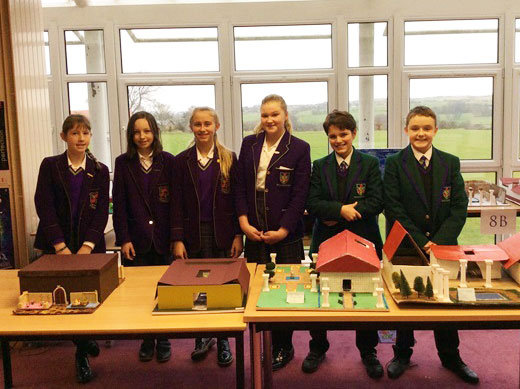 This year’s winners are: 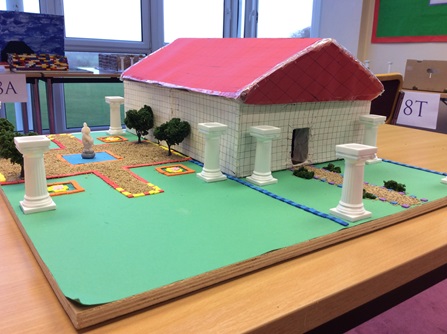 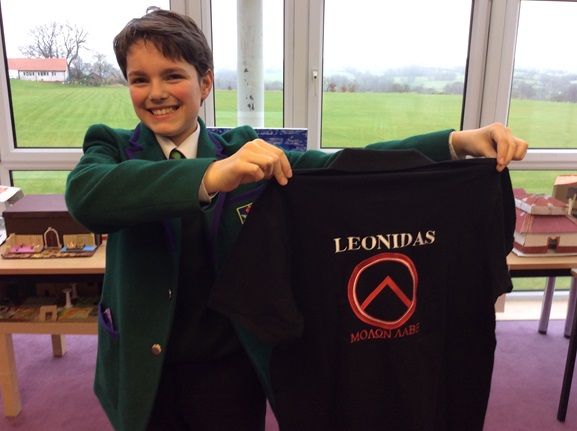 Left: The winning villa. Right: Jay with his prize, a t-shirt of the famous Spartan general Leonidas.

Huge congratulations to the winners, but well done to the year group as a whole for the effort they put into their work. Both Mr Oracz and Mr Dumbill were very impressed by their work ethic and attention to detail from what they have been studying in Latin.