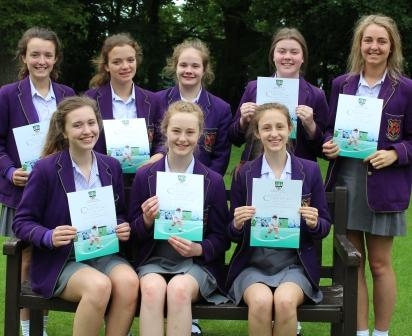 Eleven schools played in the BDSSA Rounders Tournament, held at Feniscliffe Playing Fields in June.   The tournament was played in two groups on a round-robin basis, with the top two teams going through to the semi-finals.   Westholme sailed through their first match, reaching the semi finals to play the winners from the other group – Witton Park.   With a win in the semi-finals   under their belts, Westholme played DACA in the finals, where, unfortunately the Westholme team were defeated by 6 ½ rounders to 3 ½ .   Congratulations to the team on their well-fought tournament, making them BDSSA Rounders Runners-Up 2013.