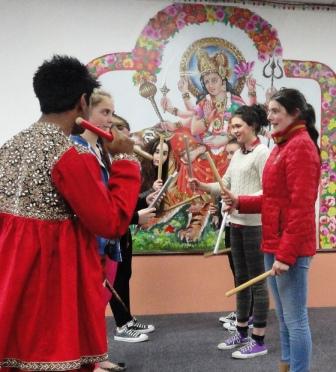 In Ethics, Philosophy and Religion, Year 8 pupils study world religions and to bring this subject alive, the whole year group visited three sacred places from the Christian, Hindu and Muslim traditions.   During the morning the pupils visited the Samina Mosque and Blackburn Cathedral.   At the mosque, Iman Saleem Seedat from the Lancashire Council of Mosques gave a guided tour and spoke about the main teachings of Islam.   At the Cathedral, girls had time to explore the finer details of the cathedral and its artefacts.   Whilst at the cathedral, pupils were able to use Westholme’s new labyrinth and to experience the walking meditation it provides. 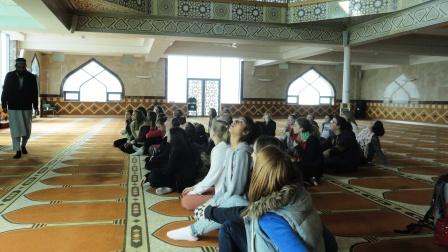 The afternoon was spent at the Krishna Hindu Temple, Bolton.   Pupils were given an illustrated talk about the main beliefs of Hinduism in the spectacularly colourful worship room.   The final part of the day was the most popular part of the day for most girls when they danced with sticks.   These dances form part of the nine-day festival of Navratri.   In all of the sacred places visited on the day, girls were complimented on their behaviour and knowledge of the faiths. 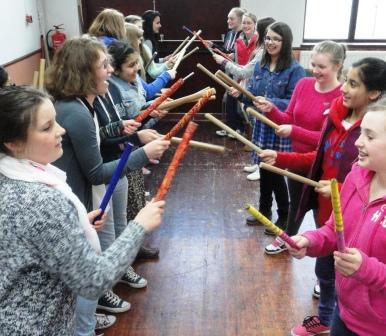