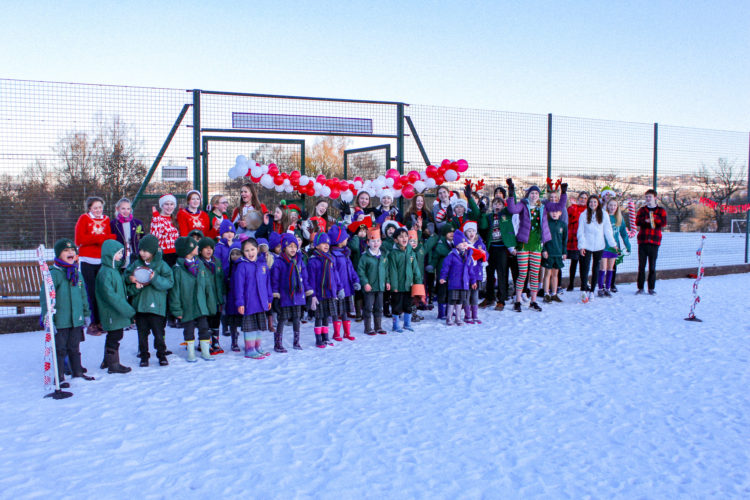 On a snowy Wednesday morning, we saw students in Prep running a Santa Fun Run round the astroturf, which had been specially organised by INSPIRED Sixth Former and keen runner Charlotte.

Charlotte and her band of helpers, including other INSPIRED Sixth Formers, members of staff and students, helped to decorate the astroturf in a suitably festive way, including stopping stations set up around the pitch for exercises and Christmas carols!

Spirits were high as runners made their way round the course in the snow for a fun and festive occasion, and it was a great way to start the day for everyone involved.

Thank you to Charlotte for organising the event, who went on to say:

“Some people think that Disneyland is the happiest place in the world, but I think I would have to disagree. The Westholme Prep is, in my opinion, the best place to be at Christmas. Students from Reception, Prep 1 and Prep 2 completed a Festive Fun Run with lots of Christmas challenges. Prizes were given to students for being the ‘Happiest Runner’ and ‘The Runner who spreads the most Christmas Cheer’.