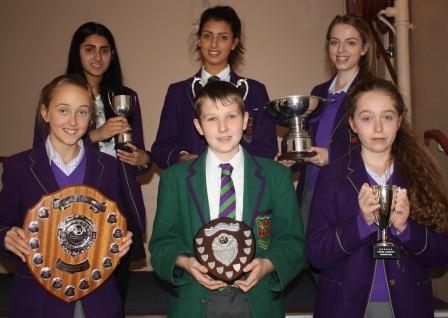 The annual prizegiving ceremony was held at King George’s Hall last night. Our Chairman of Governors, Mr Brian Marsden opened proceedings and he reflected on the past 12 months as a year of change for Westholme. Of course, he thanked Mrs Croston for her dedicated service to the school and welcomed Mrs Lynne Horner as our new Principal. Mrs Horner then presented a review of the academic year 2012-2013 in a slide show of images touching on many of our school successes, including the numerous trips, sporting events and productions to name but a few.

Our Head and Deputy Head girls, Harriet Dagnall and Lucy Horsfield then took to the stage for a Sixth Form take on School life. Their speech was confident, funny and indeed captured the pure essence of Westholme life as we know it. It touched on the introduction of senior boys, the famous Westholme shortbread biscuits and the mysteriousness of the ‘staff pigeon hole’! 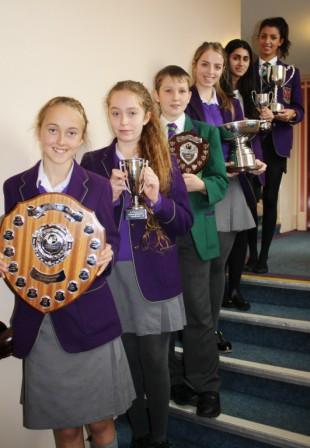 Harriet warmly introduced our prize presenter, Kate James, Chief Communications Officer for the Bill and Melinda Gates Foundation. Kate, an Old Westholmian presented the prizes before going on to talk to the audience about the job she currently does with the Foundation, stating that it was Westholme who instilled in her the belief that she could fulfil her true potential.

A fabulous finale of a Coldplay medley (especially chosen for number 1 fan Mrs Horner) was then performed by the School choir. You simply had to be there to experience the atmosphere. Huge congratulations to Mr Millest for his hard work and dedication in yet another amazing musical feat.

What a fantastic night of celebrating Westholme life!