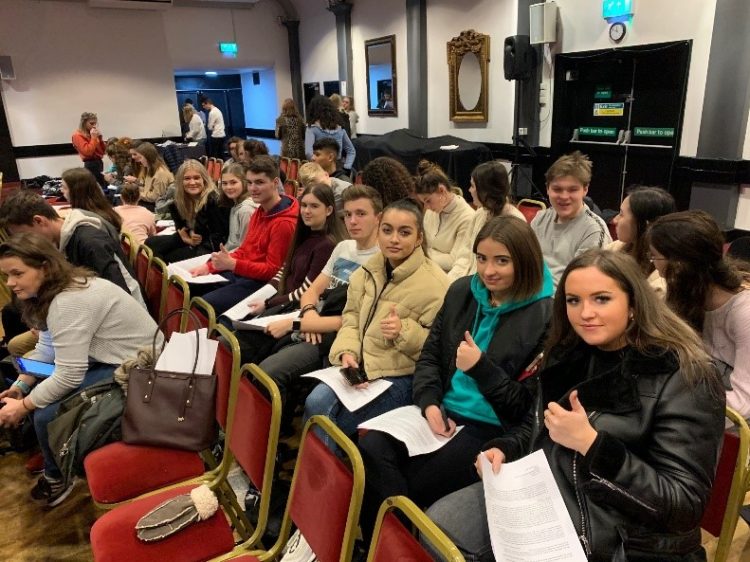 Sixth Form Classics students braved the icy bite of the early hours to make the Pendalino down to our famed capital city. Their journey was never going to be in vain, as the highlights of the trip would prove to be captivating and very memorable, allowing each student a very enjoyable day immersed in classical knowledge, artefacts and historical sources.

Our first destination was at an arts centre in Camden, where we were able to hear from a number of excellent scholars on topics that the students are studying as part of their Classics A Level. Lecturers from Royal Holloway, UCL and Cambridge University delivered a series of talks on the concept of Love and Relationships in the Ancient World. A new aspect of the Classics specification requires students to be able to discuss the opinions of modern scholars regarding the subject matter being studied, so the lectures were very valuable in providing them with some unique opinions and perspectives that they may ultimately use in their final examinations. 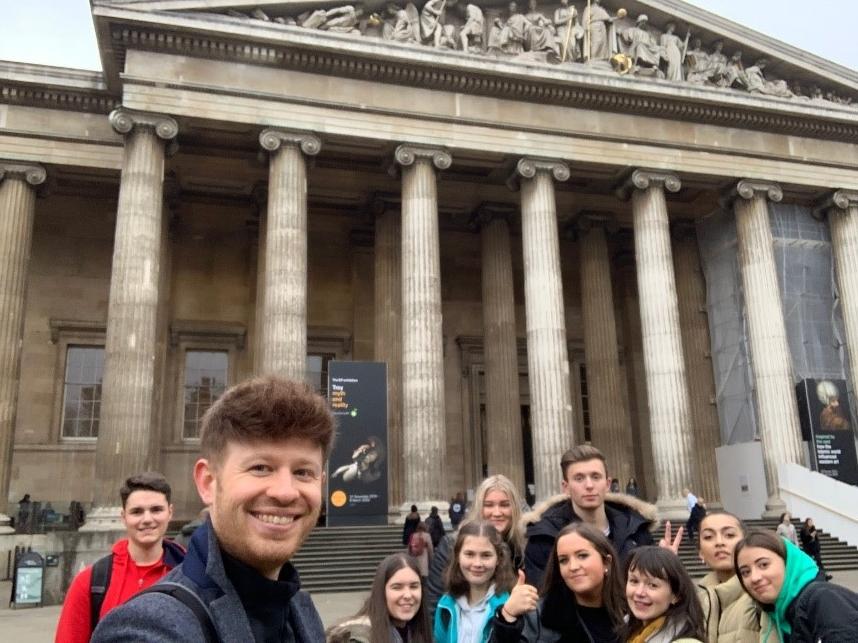 Following the lectures and a Costa Café lunch, we traversed the complex system of the London Underground and arrived at the famed British Museum. We were incredibly lucky with the timing of the lectures, as it fell on the date of the opening day for a new classical exhibition in the museum. With a widespread amount of press attached to this exhibition due to some of the arguments over ownership of a number of the ancient artefacts, we were very excited to see some of the world’s most famous artefacts from Greece and Rome regarding the well-named Troy: myth and reality. 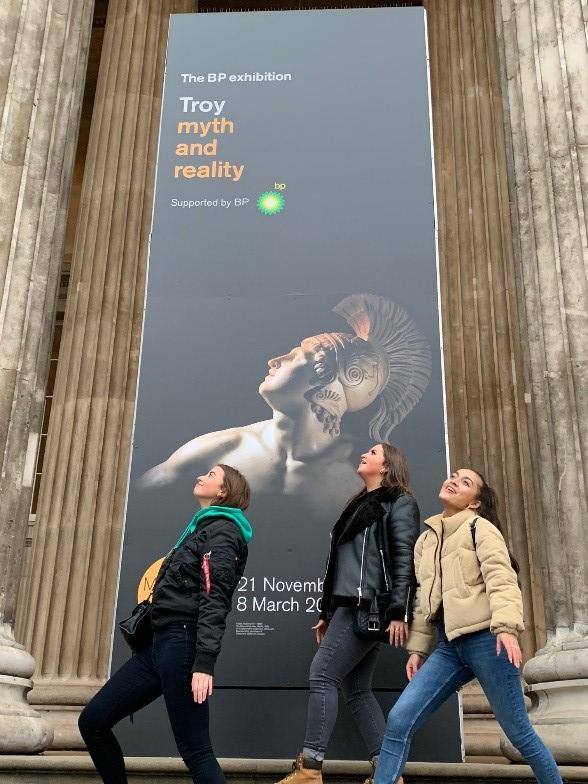 The Trojan War is the foundation of every module studied in A Level Classics and is the backbone of so much that we still have as historical evidence today. Everyone knows that the crafty Greeks hid in a wooden horse and destroyed the city of Troy after 10 years of war. They have heard of Achilles and his dodgy heel and the beautiful Helen eloping with Paris, and almost everyone knows about the questionable behaviour of the gods and goddesses, using mortals as pawns in their eternal game of chess.

However, when you look beneath the surface, the depth and detail regarding the famed war at Troy provides stories that continue to inspire many people today. Modern politics, religious disputes and beliefs, morals, social customs and modern culture itself have the works of Homer, the Iliad and Odyssey, and so much more to thank for us understand our heritage and learning about the future. I would implore everyone to go and see this wonderful exhibition, if only to fulfil your curiosities, however, for our students who study the subject matter every day, it was not only worthwhile and enlightening, it was like the magic of Christmas Day when you are a child but with all of the academic rigour you expect with such esteemed material. 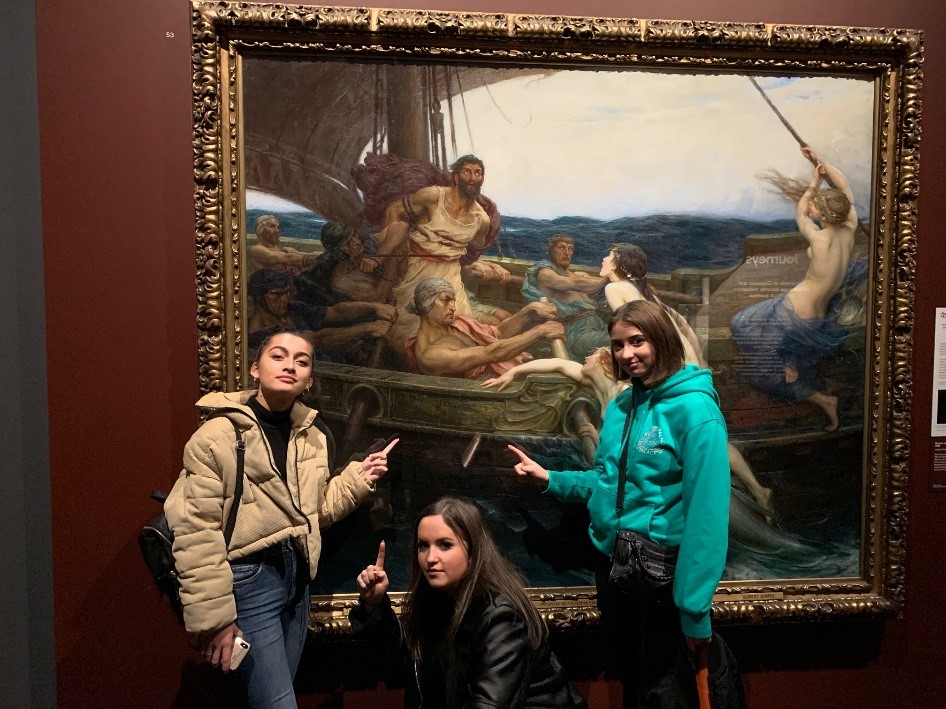 Mr and Mrs Oracz would like to thank the students involved for demonstrating such energy on the trip, helping to make it such a success. Their knowledge and appreciation were certainly elevated and the trip will certainly add weight to their A Levels as they continue in lessons to delve themselves into the world of myth and reality. 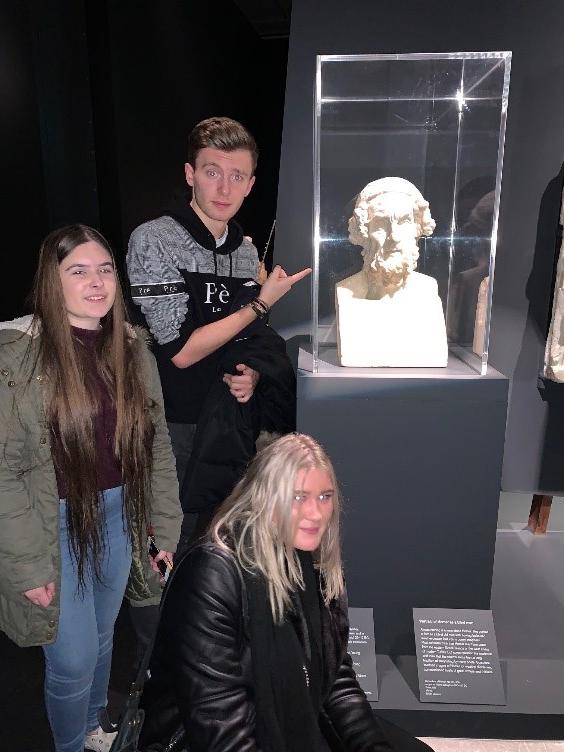 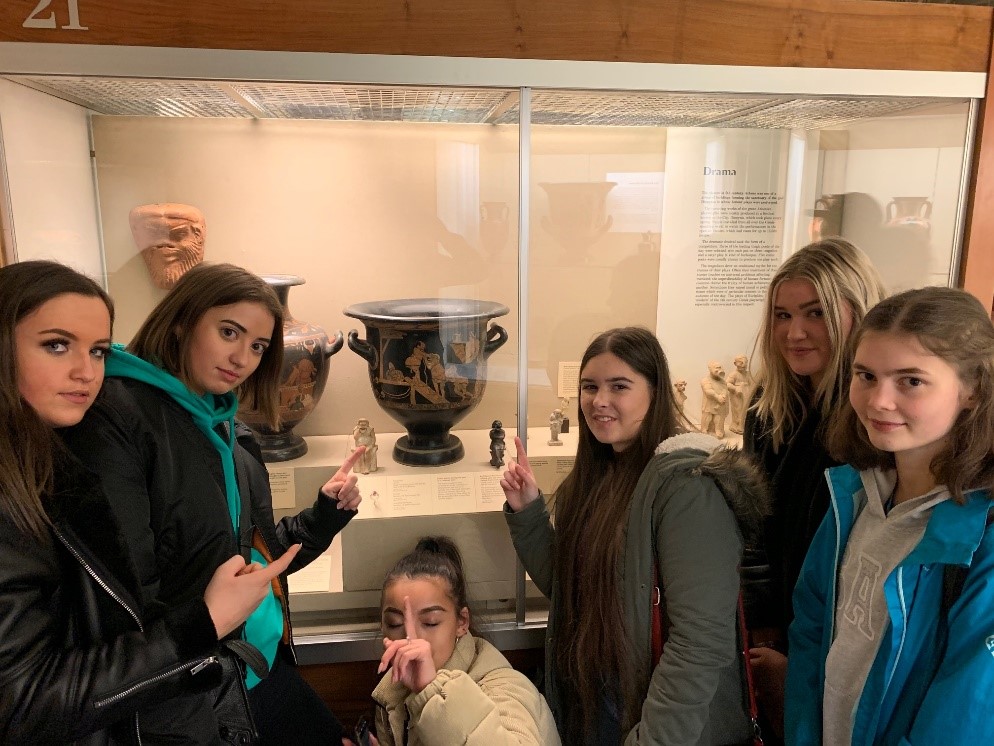