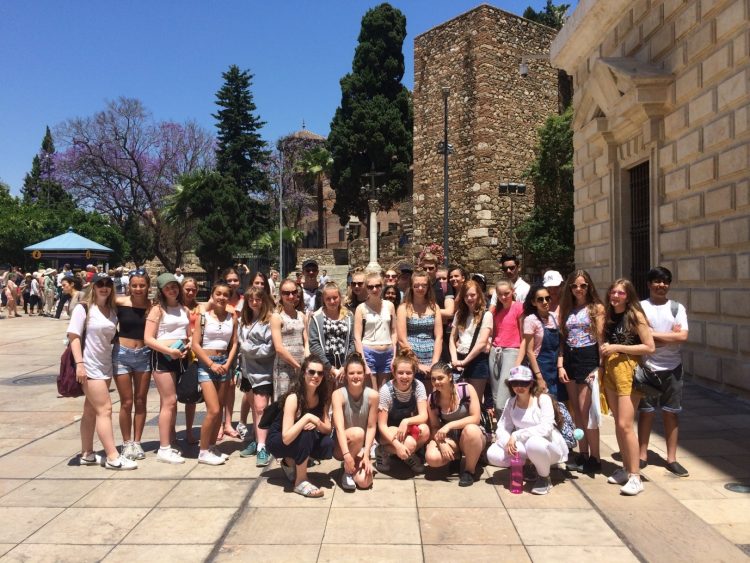 A group of language students along with Mrs Blizzard, Miss Furness, Mr Oracz and Miss Collins excitedly departed for 5 fun-filled days in Andalucía, southern Spain. On arrival, they headed down to the nearby marina for a bite to eat and enjoyed an afternoon at the beach sunbathing, playing football and swimming in the rather chilly Mediterranean. In the evening, a fun flamenco lesson was enjoyed by all – especially the boys!

The following day started early with a journey to the city of Granada where they visited the spectacular Alhambra Palace. The palace is stunningly located on a hill with the snow-capped peaks of the Sierra Nevada behind and the white buildings of central Granada down below. The complex is large and varied with some parts dating from the 11th Century and there are beautiful gardens to explore and stunning views from all areas. 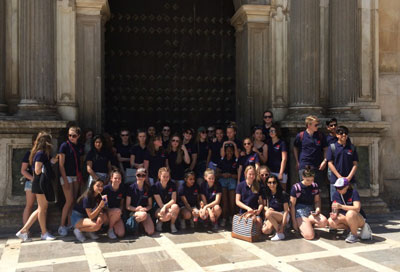 However, the highlight for many was the Nasrid Palaces which are in the centre of the complex where they could see room after room of intricately carved wall and ceiling decorations separated by shady courtyards with tranquil fountains. It really did feel a world away from the Costa del Sol. The afternoon was spent in the city centre where students could eat and shop and, given the heat, rather a lot of ice cream was consumed! 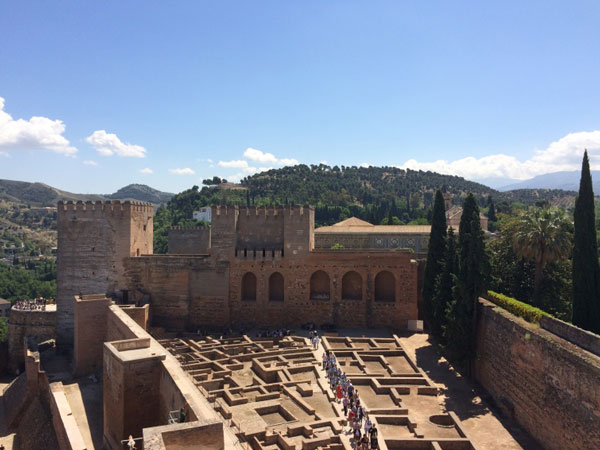 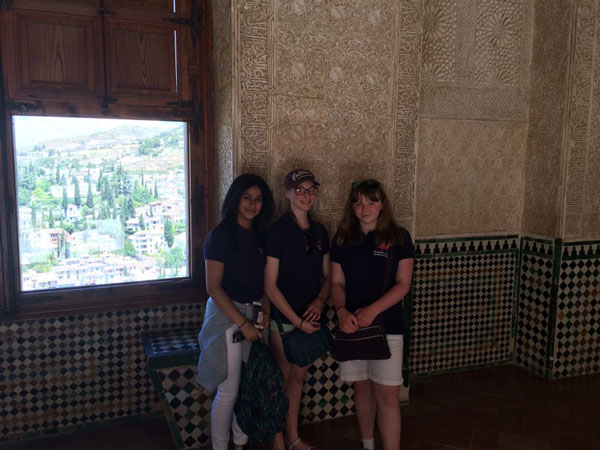 Their third day was spent at Aqualand Water Park in Torremolinos. The students spent the day on the slides whilst staff took the opportunity to sunbathe and relax by the wave pool. It was another glorious day and a welcome rest from the busy sightseeing day in Granada. An evening swim later on was also enjoyed by many. 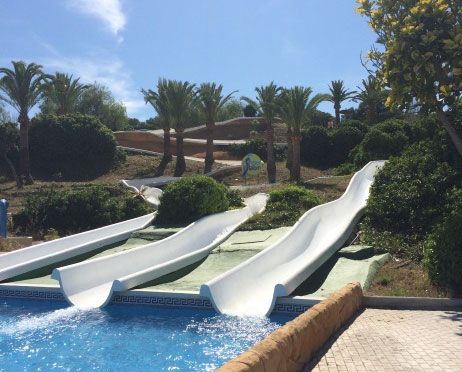 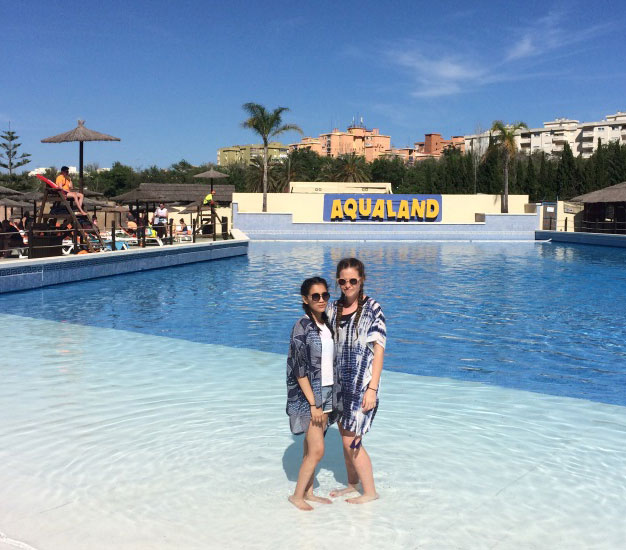 All too soon it was the final full day and the group made the most of it by visiting three very different towns. The first stop was Ronda, a town high up in the mountains famous for being the home of bullfighting. Its bullring is the oldest and one of the largest in Spain. Another famous feature is the stunning Ponte Nuevo (New Bridge), which spans a 130 metre gorge to connect the two main parts of town and was previously a prison. There are stories of prisoners being thrown from the bridge to their deaths but luckily, the Westholme students were all well behaved! The next stop off after Ronda, saw them wind their way down through the mountains to the upmarket resort of Puerto Banús where they had lunch at the harbour. There was also time for some shopping and celebrity-spotting and also the tough decision about which of the yachts they preferred! 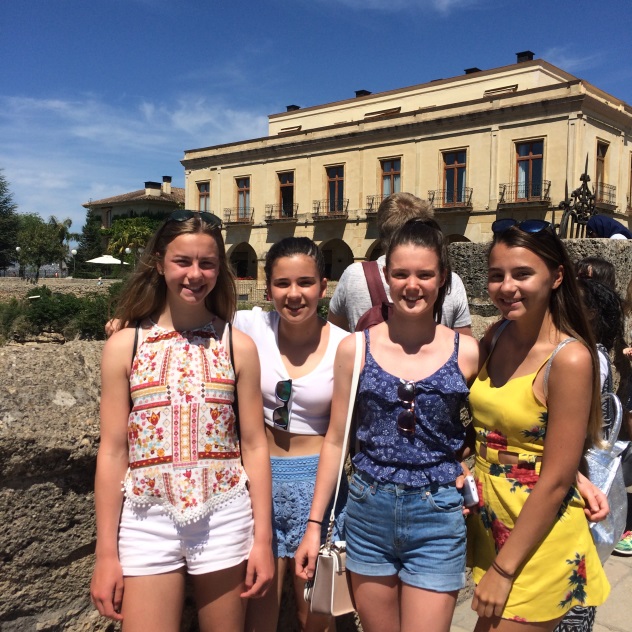 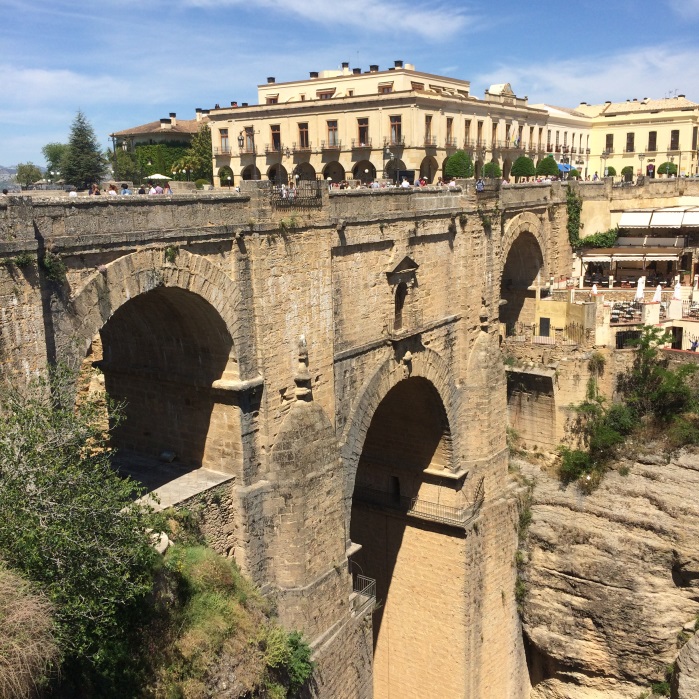 From there, the group continued their journey onto Mijas, perhaps the most famous ‘white village’ on the Costa del Sol. Whilst many bought souvenirs and admired the sea views, some brave students also took a ‘donkey taxi’ to explore the main parts of the village. Finally, in the evening, the whole group went down to the beach one last time to watch the sunset. 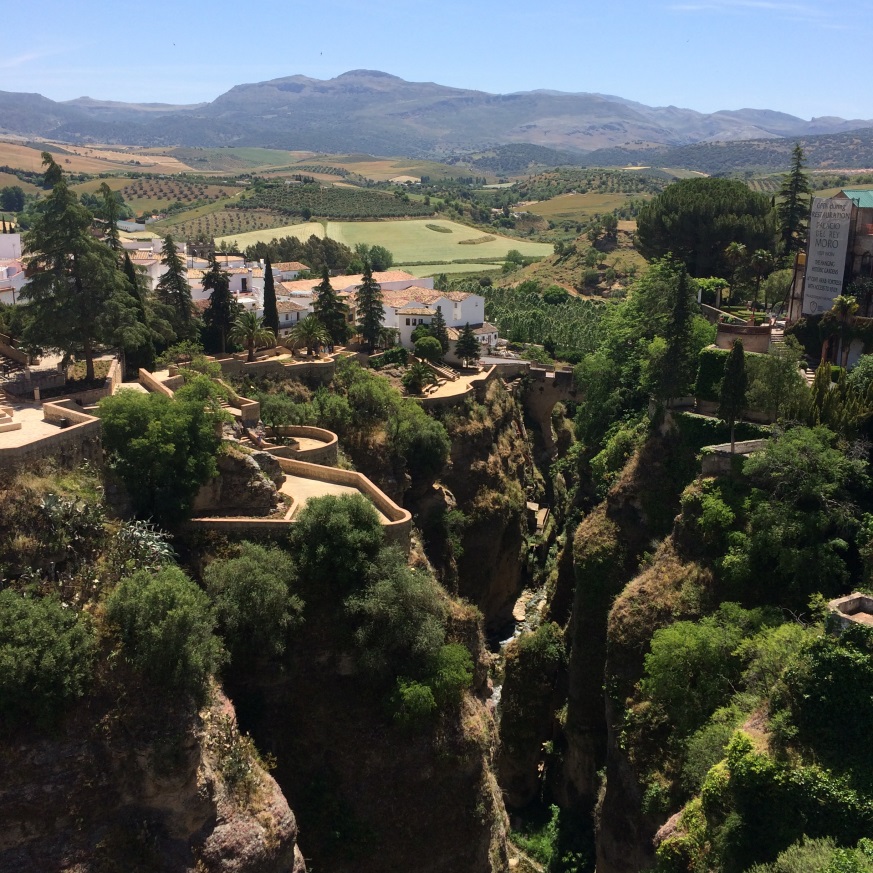 After managing to fit in a couple of hours by the pool on the final day, the group loaded their luggage and headed to Malaga. Students had time to eat lunch by the Roman amphitheatre before heading to the Picasso Museum to learn more about one of Malaga’s most famous sons. After the museum, there was just time for one last ice cream before setting off to the airport. It was an evening flight and staff and students arrived back at Manchester Airport tired but with lots of stories to tell about their fun filled, cultural trip to Spain. 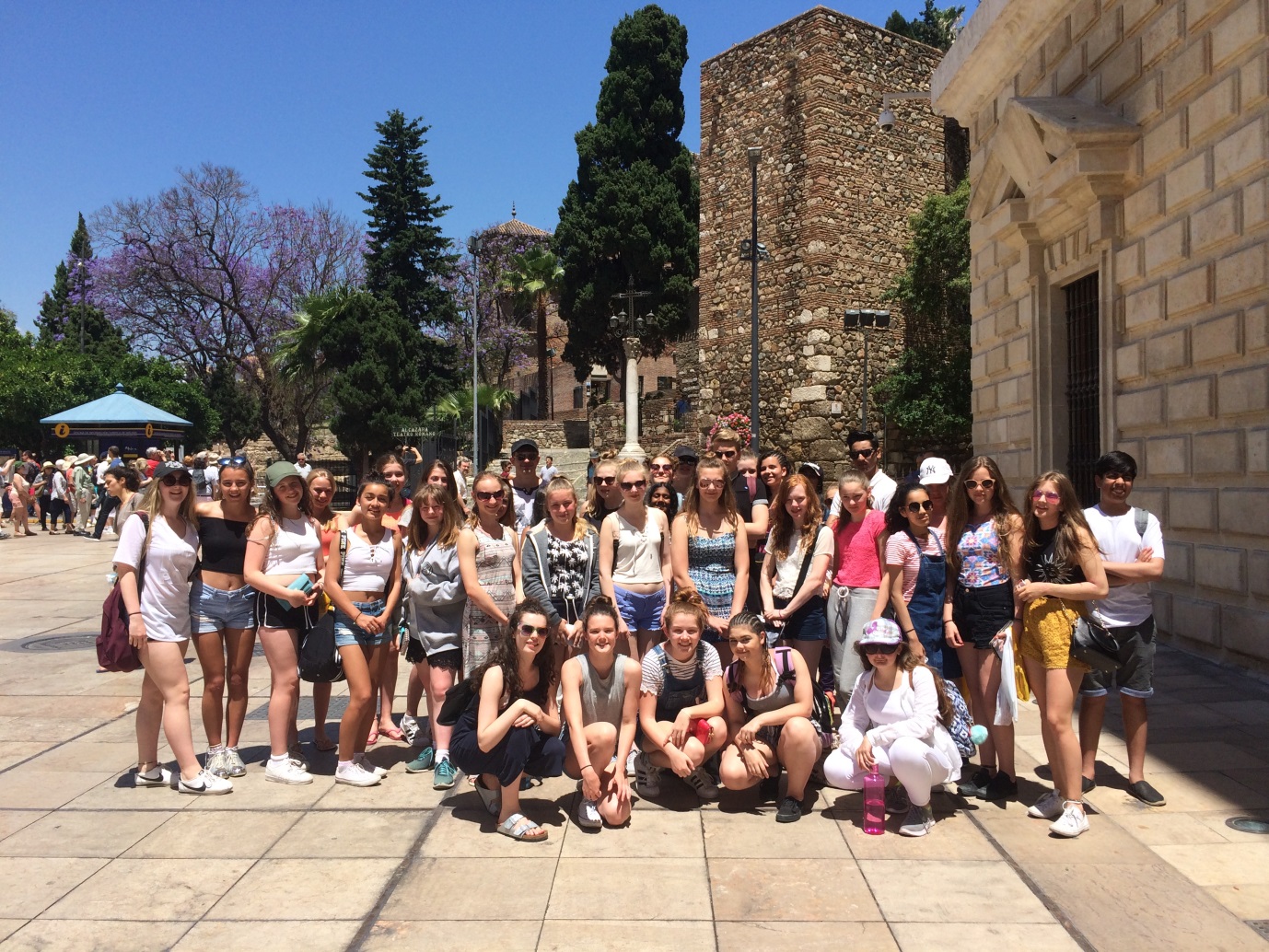