Students and staff had a memorable trip to Northern Spain at half term visiting the historic region of Catalunya.

In the very early hours of the morning (2.00am!) staff and students assembled, bleary-eyed but excited, ready for the coach journey to the airport and the flight to Barcelona, Spain’s second city and the capital of the Catalan province. The coach journey to Tossa allowed the first glimpse of this most beautiful but rugged coastline – it is not called La Costa Brava (The Brave Coast) for nothing!  Day one was spent relaxing and getting to know the town, which was beautiful, despite the heavy rain. The hotel was central, modern and welcoming, and the pool and food were superb.

The next day was busy, with excursions to the north taking in Figueres and Girona. Figueres town is the birthplace of artist Salvador Dalí and houses the Teatre-Museu Gala Salvador Dalí, a large museum designed by Dalí himself which attracts many visitors. 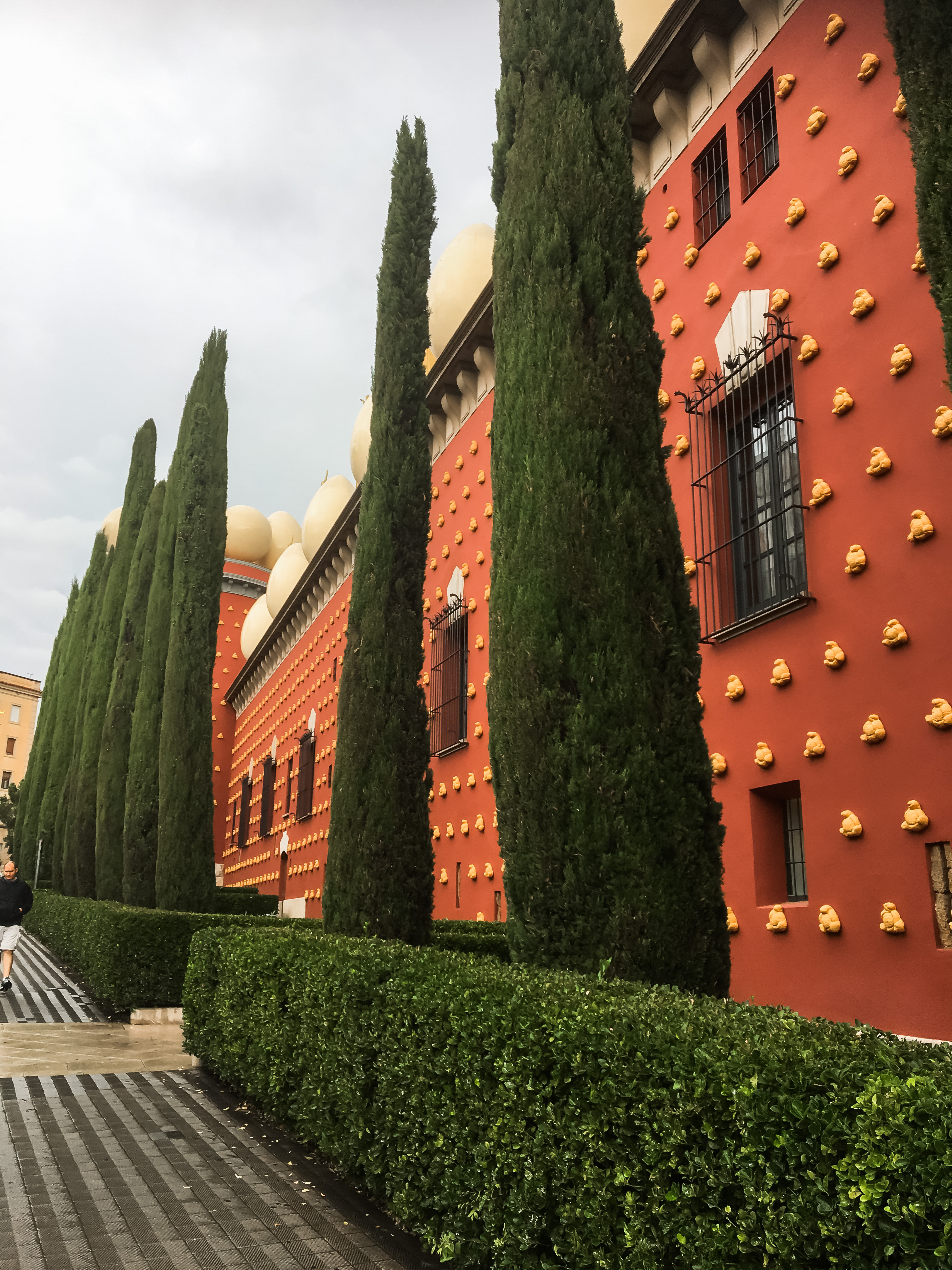 It was raining heavily by the time the group left Girona , where they enjoyed sightseeing around the Cathedral area and indulging in a little ‘retail therapy’. Girona itself is a most beautiful and historic city at the confluence of four rivers (which were later to burst their banks and flood many roads in the town (It put down 100 cubic centimetres of rain in twelve hours) – but the worst to befall our intrepid travellers was that their pizza boxes got too soggy to carry!

Barcelona was again a day full of action, starting with a visit to the Sagrada Familia Cathedral. Begun in 1882 and still under construction, when completed it will have taken longer to build than the Egyptian Pyramids, and only 50 years less than the Great Wall of China.  Students’ cries of “Wow! That’s awesome!” as they rounded the corner and glimpsed the building for the first time were the first of many that day, as the group then enjoyed the Poble Espanyol, Las Ramblas and last but by no means least, the Noucamp stadium.

The following day was a day of sheer R & R – PortAventura themepark was in a really festive mood, all trimmed up in readiness for Halloween and decorated with tens of thousands of pumpkins! There were several extremely tired students who returned to the hotel that evening, but at least it had stopped raining!

The last day the students bid farewell to Tossa with a short walk to the small cove below the castle, where some students were able to relax whilst others did some last-minute souvenir shopping. Everyone enjoyed an ice-cream before boarding the coach to Montserrat Monastery. The ascent and descent via cable car added to the thrill of this unique place. 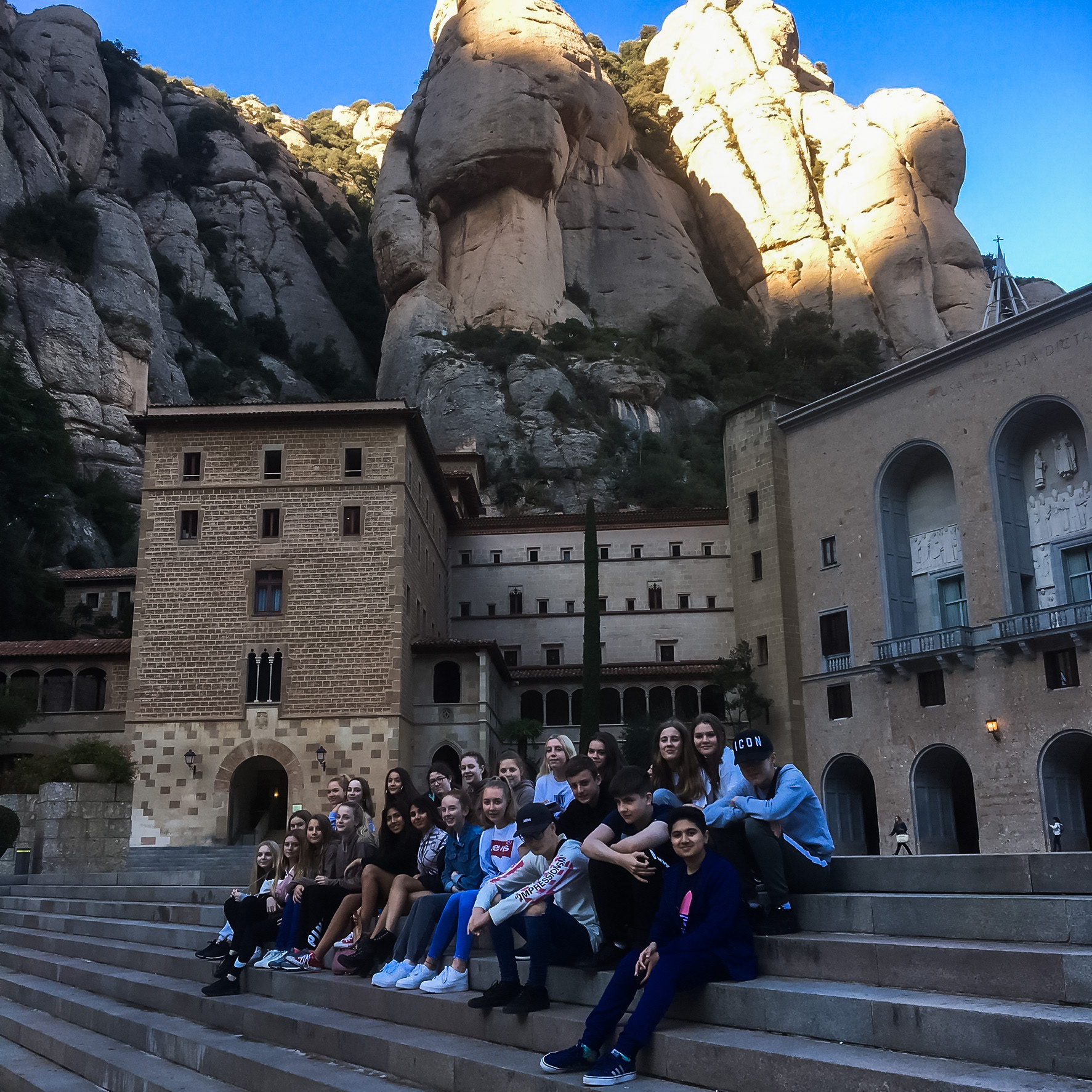 A wonderful time was had by all and the students, as ever, were fine ambassadors for the School.

You can view the full gallery of images here.