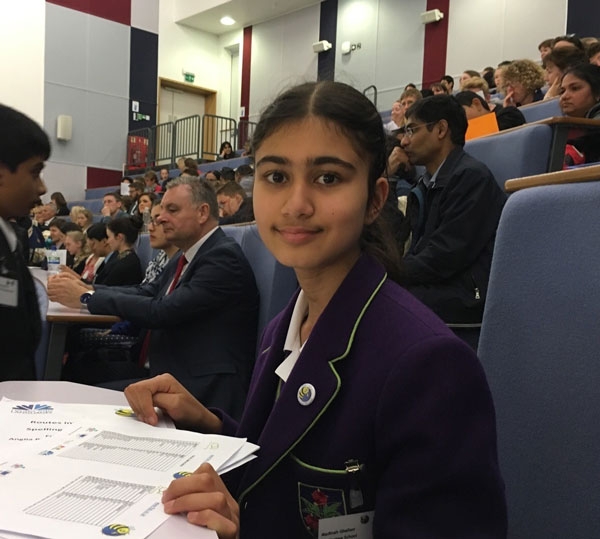 On Friday 1st July, Madinah Ghafoor in 7L travelled down to Cambridge to compete in the National Final of the Routes into Languages Foreign Language Spelling Bee. She had previously achieved a top place in the class, school and regional finals in order to reach this stage and she had to learn to spell a massive 200 Spanish words! 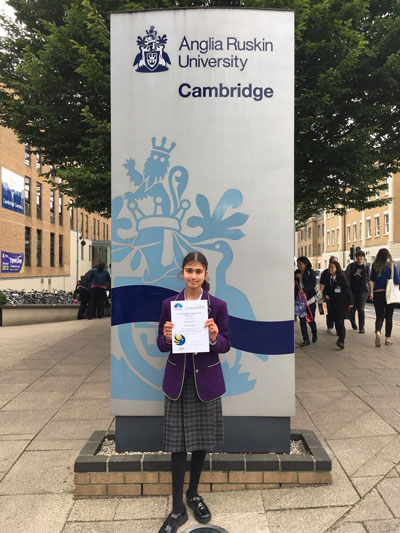 She performed really well on the day but unfortunately she didn’t make it through to the final four contestants who battled for the title. However, judging by the scores for the finalists it seems she was very close and only narrowly missed out.

Prizes and certificates were presented by the Mayor of Cambridge, the MP for Cambridge, and a representative from the European Commission. 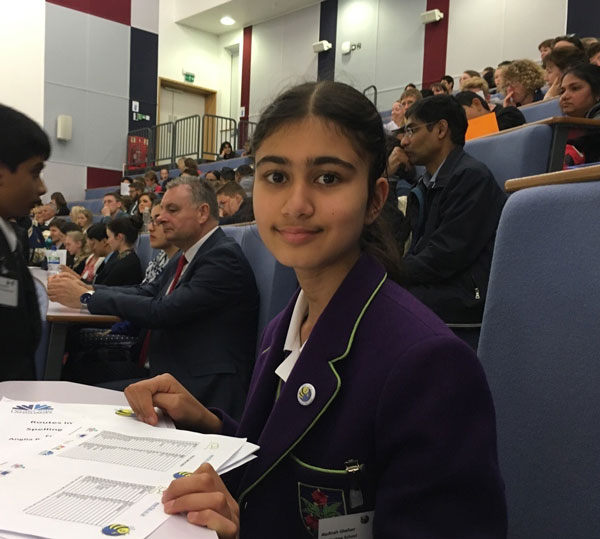 Madinah was amongst the last 103 out of 75800 pupils who started out in the competition; what an achievement!