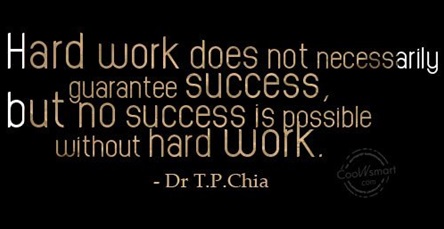 This week has seen the World Cup marching on (without England!) and sunshine combined with ‘Murray Fever’ at Wimbledon. Westholme too has enjoyed a sporting theme with an array of fixtures, Junior Girls’ Sports Day and former England cricketer Matthew Hoggard MBE presenting the prizes for our Junior Boys on Wednesday. As a cricket fan myself I am not ashamed to admit that I was delighted that we were honoured and lucky to invite an international (albeit Yorkshireman) sporting star to inspire our youngsters….but more of that later.

The sun shone brightly for the Junior Girls’ event at Wilmar Lodge and Mrs Ingham’s new look programme proved a great success. Team house events combined with individual sprints and field events culminating with every girl participating in a relay team. Inclusivity and excellence combined and the sense of House identity was noisily reinforced by the cheerleading Lower Sixth Formers who had kindly volunteered to help. Certificates were presented to the 1st, 2nd and 3rd placed athletes on the medal rostrum and the winning house of Bowland which gave a real sense of occasion. It was a lovely afternoon which showed Westholme Juniors at their sporting best!

At Billinge House on Wednesday morning it was our weekly Celebration assembly where sporting certificates and medals were presented for swimming and horse riding! Mr Dumbill then presented his personal journey from toddler to his new role at Westholme to the Juniors in assembly, through the 4 yearly cycle of the World Cup. Changing fashions, changing winners, changing formats but fundamentally the core values stay the same. Perhaps Mr Dumbill should have a quiet word with Luis Suarez about this!

So we return to Boys’ Junior Prizegiving where our guest speaker spoke from the heart and outlined his unconventional pathway to international sporting success. Matthew Hoggard was not talent ‘spotted’ until he was 16 – almost retirement age in some sports. Yet he had a dream that this was his goal and he never gave up and finally got his chance. He was awarded his MBE after England’s fantastic recapture of the Ashes in a wonderful season of cricket in 2005. He spoke to the boys about being resilient, determined, hard working, disciplined, dedicated and open minded in sport or any aspect of their lives. He encouraged them to always listen to advice courteously and carefully, even if they do not heed it. He told them to respect and be thankful to their teachers, coaches and most importantly their parents for all they do.

I would like to congratulate all of the boys for taking part in their ceremony on Wednesday evening. Whether they sang, played a musical instrument or even performed a Zumba dance – it all made for a wonderful evening. Everyone did not win a prize on Wednesday nor perhaps an event on Sports Day but each boy or girl were an integral part of the journey and eventual outcome. Get involved and make sure you engage in sport, drama, music, art, science or whatever is available – that is how we learn, grow and find out our true talent.

–  We cannot all be winners but we can all take part in the race.