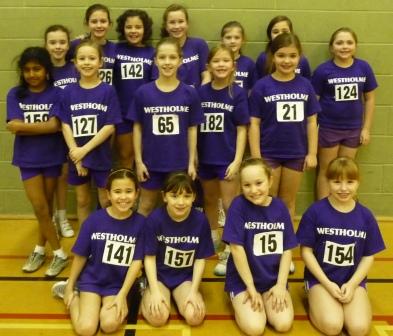 Our Indoor Sportshall team members have had great success at various events held over the past few weeks.

The second match of the Indoor Sportshall League was held at Stanley Park, Blackpool and our girls competed very hard and thoroughly enjoyed themselves. They finished second on the day which was a fantastic achievement, as their competitors were athletics clubs!

Leading on from this event, four girls were selected to represent Lancashire at the North West Inter Counties event, which took place at Sportcity, Manchester.   Amy Dowsing, Eloise Littlefair, Lois McTiffin and Zoe Philp competed in events such as standing long jump, chest push and standing triple jump.   Their superb efforts, along with others, meant that the team finished in first place. 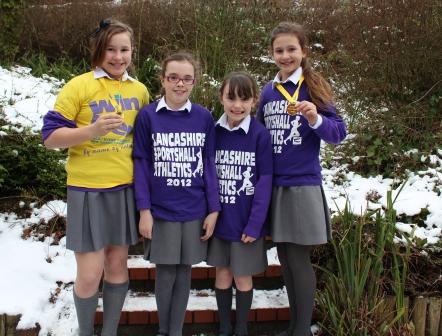 Finally, a team of Year 5 and 6 girls and boys went to St Bedes for the first round of the BPSSA competition.   Again, on top form, the girls won every event on both the track and field by a large margin.   Not to be outdone the boys won all except one of their field events and came second in many of their track events.   Due to such a brilliant performance from both teams, the boys’ and girls’ combined event was won by Westholme which meant we were invited to compete in the finals! 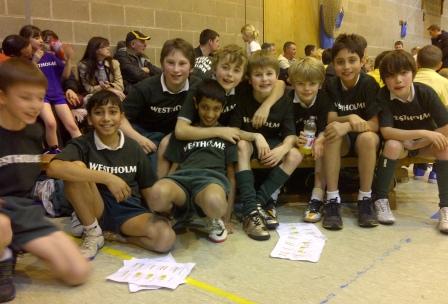 Well done to all team members!