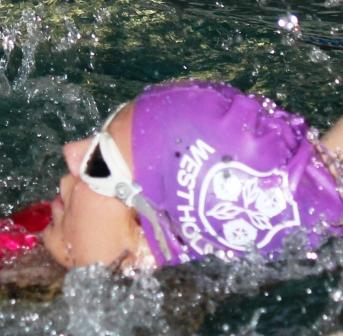 Westholme’s annual House Swimming Gala took place on the last day before school broke up for half term.    Years 9 and 10 started the day with the Intermediate Gala.   All races were very closely contested, and the morning finished with the freestyle relay which was won by Calder gaining double points.

Next up was the Senior Gala, for Year 11 and Sixth Form .   Lucy Davis of Calder astounded the crowd by swimming two lengths Frontcrawl in an unbelievable 21.63 seconds – beating the previous record held by her sister Megan Davis from last year.   The Water Polo competition was, as always, hotly contested but it was Calder who eventually reigned supreme. 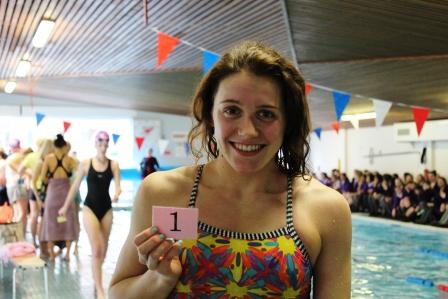 After lunch it was the turn of Years 7 and 8 to participate in the Junior Gala.   A special mention goes to Natasha Rogan of Bowland who swam one length Butterfly in an amazing 11.16 seconds, smashing the record which had been held since 1996!   Harriet Entwistle, also of Bowland, won the novelty event by finishing first in the Valentine’s Day themed race.   Finishing off the day was the whole school Neat Dive final which was won by Lauren McCabe of Longridge for the second year running.

Final positions overall for the House Swimming Gala 2013 are as follows:

Huge congratulations to the House Captains who did an incredible job of organising their teams.   Well done everyone who took part.   There was a fantastic atmosphere which made for a great gala!