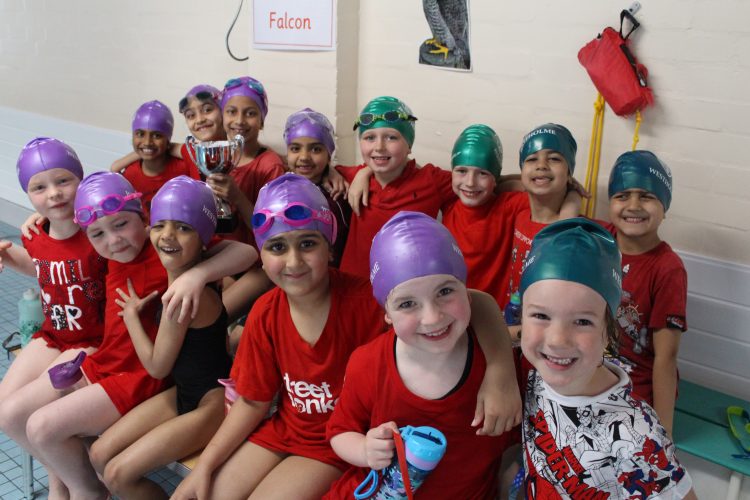 The children in Year 1 and Year 2 took part in their Swimming Gala this morning.

They assembled together in their respective Houses, Eagles, Falcons and Ospreys and were eager to get started.

All children took part and cheered on their team mates in events such as backstroke, breaststroke and front crawl. The Gala concluded with the Canon Relay which saw every single child compete in the one race – it was superb to see such team spirit on display from children at such a young age.

Congratulations went to the Falcons who finished in first place, followed by the Eagles in second and the Ospreys in third. Well done to all of the children for taking part. Thanks to all the parents who came to show their support at this event.