We have enjoyed notable success for our pupils on the Westholme stage.

Charlotte thoroughly enjoyed entertaining audiences in the theatre whilst at Westholme. So much so, that she returned to the Croston Theatre in 2011 to perform a fantastic Concert Assembly for students. A couple of years later, Charlotte signed with Stranger Records in 2013 and released her first EP, Colour My Heart, in November 2013 under the stage name Charlotte OC. In the same month, BBC classed her as “tipped for success in 2014” and Digital Spy named her “one to watch”. 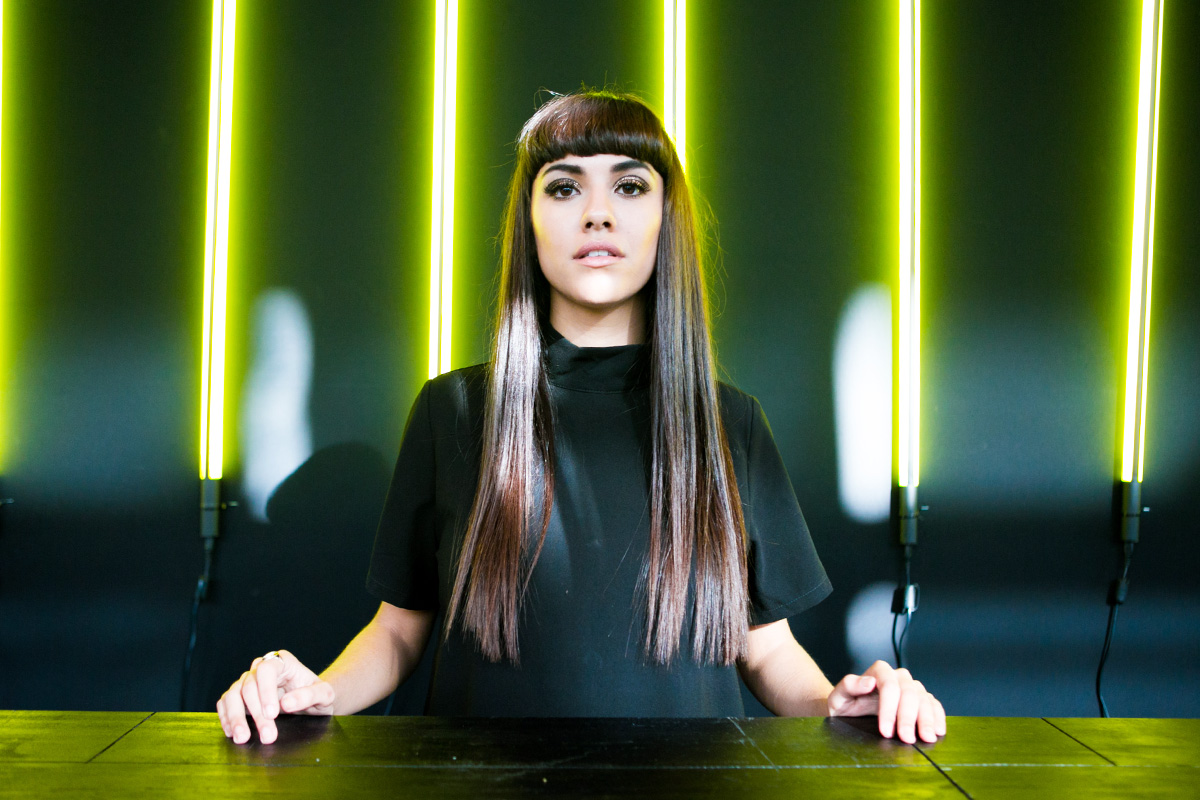 Her second EP, Strange, was released by Polydor Records in September 2014,and its track Hangover was playlisted on BBC Radio 1. In March 2015, O’Connor released her third EP, Burning, which featured the single If My House Was Burning.

Since leaving Westholme Ciara has graduated from RADA (The Royal Academy of Dramatic Arts) and is currently a member of the National Youth Film Society. She has enjoyed acting roles in a number of TV series including My Mad Fat Diary on E4, Harriet’s Army and DCI Banks.

In February 2016, Ciara was cast in her first professional play, Jumpy which ran at Theatre Clywyd fellow cast members included Sara Stewart from Dr Foster and Charlotte Beaumont from Broadchurch. Since 2019, Ciara has been living in London whilst studying for a degree in Politics, Philosophy and Economic, alongside regular radio and voiceover acting and partaking in lots of theatre. 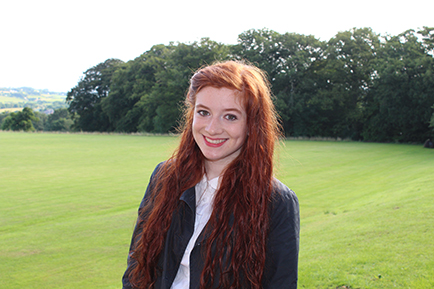 Diana learnt her craft on the Westholme stage. After leaving Westholme to pursue her love of music and drama, she starred in the West End in the role of Little Voice. More recently, she released her debut album, Songs from the Tainted Cherry Tree (2010) and followed this up in 2013 with her second album, Music to Make Boys Cry.

In this same year, Diana returned to Westholme to officially open our brand new Music Centre extension. During the day, Diana took part in a special assembly with students before later performing a concert in the Croston Theatre. Diana has most recently enjoyed huge success and was given rave reviews for her performance of Janet Weiss in The Rocky Horror Picture Show. Whilst at Westholme, she starred in many school productions and her experiences of performing in the Westholme theatre stood her in good stead for the success that was to come.

Jade studied Drama and English Literature at Manchester University. In March 2015, she wrote and directed the successful play, Magnolias in Manhattan which ran for three nights in the Manchester Student Union Council Chambers and received critical acclaim.

Following on from this, Jade was chosen to showcase her play, Laura Bradshaw, at the prestigious Academy Building on Oxford Road. The three-night show was a huge success and played to a sold-out audience of staff, students and theatre industry insiders.

Jennie spent 14 years at Westholme and after leaving in 2006, gained her BMus (Hons) from the Royal College of Music, London where she was the recipient of two RCM Scholarships, studying with Eiddwen Harrhy, FWCMD, ARNCM, FRSA. Since graduating, Jennie has been engaged for Oratorios in Avaldsnes, Norway, Blackburn Cathedral, The Manchester Bach Choir and numerous choral societies around the country.

In 2011-12, Jennie was chosen for the Genesis Sixteen course, a fully funded young artist training programme with Harry Christophers and The Sixteen. As a result, Jennie was thrilled to be invited to sing with The Sixteen and has travelled to Santiago with the choir, as well as singing for a concert of Portuguese music in Greenwich Naval Chapel and for ‘The Messiah’ at the Barbican, London. Jennie has also been engaged for The BBC Proms at The Royal Albert Hall , under Marin Alsop with The Orchestra Age of Enlightenment, and has sung with The London Symphony Orchestra at The Barbican, under renowned conductor Valery Gergiev.

Jennie sings with the upcoming London based, consort group, Fieri, and one of their 2014 Summer concerts has just been recorded for BBC Radio 3, live from the Ryedale Music Festival. She has taken part in master classes with Emma Kirkby, Stephen Varcoe, Sarah Walker, Michael Chance, Mary King and Deborah York.

Liz attended Westholme from 1996 to 2007. Throughout school, Liz was involved in all things musical including Choir, Swing Band and the school productions, where Liz truly developed her love for performing. She gained a scholarship at age 17 to study Musical Theatre at the prestigious Guildford School of Acting (GSA) where she graduated in 2010. Since then, Liz has gone on to perform in shows all over the country, most notably Les Miserables in London’s West End, where she covered and played the role of Eponine and the lead role of Hodel in the UK and Ireland Tour of Fiddler on the Roof, where she was directed by Strictly’s Craig Revel Horwood and played alongside Starsky & Hutch’s Paul Michael Glaser. Liz was also lucky enough to be hand picked to sing on the soundtrack of the Les Miserables feature film alongside a handful of other Les Mis alumni.

Liz has now returned to Lancashire and to Westholme, where she currently teaches LAMDA Acting and Musical Theatre. She is still performing and working in the theatrical industry and is has recently become a Mum to a baby girl.

As well as enjoying fame on the stage, Old Westholmians are also achieving great things behind the scenes. Lucy Bridge is testament to this as her update below states:

From a very young age when I was studying at Westholme I had always set my sights and made the decision that I wanted to pursue a career in makeup due to my love for the fashion and beauty industry. Coming from a respectful all girls school, for which I was there my entire schooling background, it instilled in me determination, hard work and creativity all key attributes needed for the fashion industry. 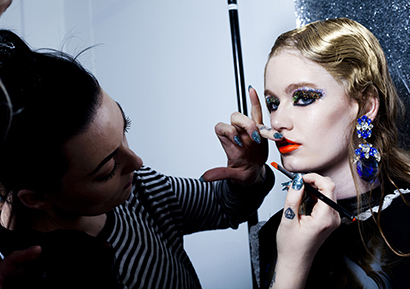 Although I didn’t study Theatre Studies at Westholme I did take A Level Art which helped me greatly in finding my artistic hand. I also did an A Level in Design Studies which allowed me to explore and learn about everything within the fashion industry.

Attention to detail of made-up eyebrows and big eyes instilled in from my own mother’s makeup, triggered off a passion to pursue the medium and a must for my signature look. Moving to London gave me the opportunity to find my unique style and the ability to push my own boundaries by working with photographers and stylists.

I have collaborated with Photographers such as Tim Walker, Walter Pfeiffer, Mariano Vivanco, & Ben Weller and worked for titles such as Vogue, Teen Vogue, i-D, Wonderland, Elle magazine and Wonderland. 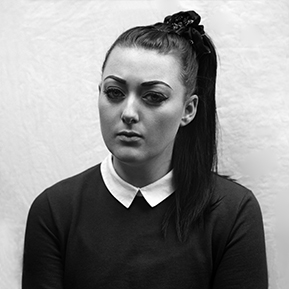 Younger sister of Ciara, Orla studied at Elmhurst School of Dance in Birmingham. Whilst at School, Orla trained with the Northern Ballet Academy which clearly set her in good stead for future successes. Since August 2018, Orla has been living in New York, and dancing at the Alvin Ailey Amerivan Dance Theatre Schjol. 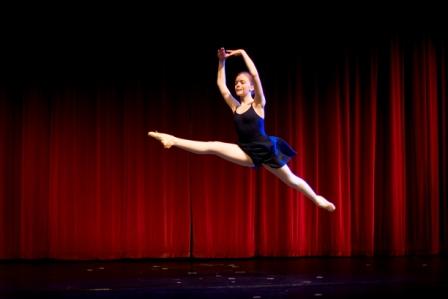 Tanya, another ‘backstage hero’, worked on the design and technical teams for the West End musicals ‘Love Never Dies’ and ‘One Man, Two Guvnors’. She also assisted Westholme in their production of ‘Phantom of the Opera’, revealing the tricks of the Phantom’s chair and the make-up for the show.