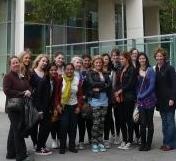 When a month’s rain falls in just one day you can expect the odd hiccup to your travel arrangements. So it came as no surprise to the A-level Geographers that their Preston to London train was cancelled due to flooding at Gretna. Undeterred, and rather pleased to have some new case study material on the impact of flooding, they managed to reach London in time for their rendezvous with the Blue Badge guide. The guided tour enabled the girls to explore the London borough of Newham, one of the most deprived areas in the country, culminating at the Olympic site and the new Westfield shopping centre at Stratford. Here the girls assessed the effects of sports and retail led regeneration on the local people. 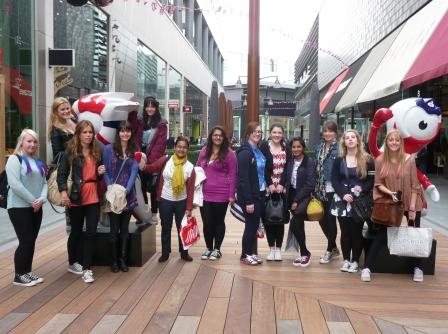 After lunch and a brief interlude of retail therapy in Westfield’s exclusive stores the girls said goodbye to Wenlock and Mandeville and headed for Canary Wharfe on the DLR. Oh no, another hiccup, no DLR due to engineering work! Unperturbed the girls took the Jubilee line instead (is problem solving part of the course?) and emerged from the depths of One Canada Square, still the UK’s tallest ”˜complete’ building. The Canary Wharfe was developed in the 1980s by the London Docklands Development Corporation and is home to the headquarters of international banks and professional service firms. Has this development encouraged the high levels of inequality that exist in this country today or is it responsible for London’s status as an Alpha++ World City? Did Canary Wharfe do east London any good? This is for the A-level Geographers to decide.