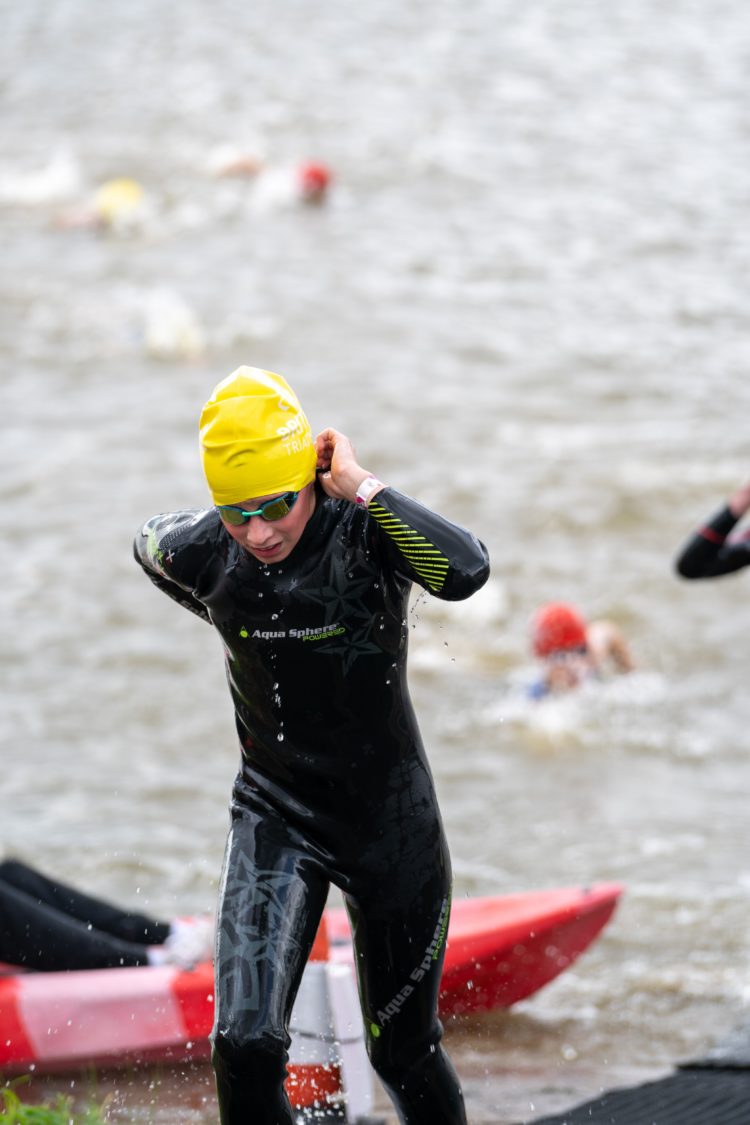 William qualified to represent the North West by being the Regional Champion at the Cholmondeley Castle Triathlon in June, competing in the Tristar 2 (11/12yr old) National Championships with an open water swim of 300 metres straight into a 1.25km run.

The day involved 2 heats early in the morning, with the 4 best triathletes from British Triathlon’s 13 regions (including Scotland, Wales & Jersey) split into 2. As the event was cancelled in 2020 this was William’s first chance to compete at a National level in this event. Whilst extremely nervous, he also felt confident that he had done the necessary training and preparation to give himself the best chance he could.

In the morning heats, William was confident that a top 10 position for automatic qualification was achievable so set off with the intention to get a good position out of the swim and not use too much energy on the run. The swim went exactly to plan with William leading his heat from the gun and exiting the water in 1st place; a smooth transition saw William and 2 other athletes head out on the run together. By the end of a relatively comfortable run William finished the heat in 3rd place and 6th fastest time overall from both heats.

Just before lunchtime it was time for the finals, there was no plan as such for this one, other than give it everything from the go! A frantic start saw William side by side with 2 others as they headed to the turn buoy, with William settling into 3rd place at the turn and maintaining this until the swim exit. Heading out onto the run, a clear leader had been established. William came out of transition in 5th place onto the run in a group of 4, with 2nd place in sight and one athlete hot on his heels. With 2nd and 3rd in sight William said: “I could see 2nd and 3rd place so I gave it everything I could to try and close that gap early on in the run; on the last bend my legs gave up, I had nothing left!”

William gave everything he could and crossed the finish line in a fantastic 5th position in a time of 10 minutes dead, 9 seconds faster than his heat and just 33 seconds behind the winner. Competitive by nature he was initially a little disappointed on missing out on a podium position however he later reflected that to be 5th in Great Britain in his age group was an incredible achievement.