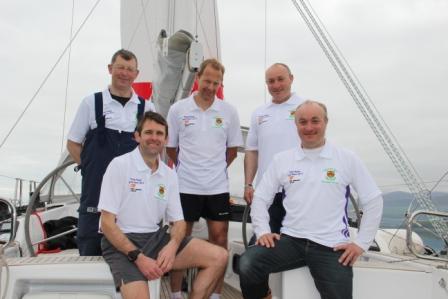 News of the Westholme Warriors has been sent to us – please read below to find out more.

The ‘Westholme Warriors’ started the race on Saturday  afternoon  and were in 11th place by the time they reached Carnarfon at midnight. The sea has been quite rough, and some of our team have suffered with sea sickness. Mr Lewis did a fantastic run up Mount Snowdon in the dark, which put the team in 8th place as they set sail to Whitehaven.

They  have been battling with poor winds all the way and had hoped to arrive in Whitehaven in the early hours of this morning, but were still en route a few hours ago.   Five boats are close to the Warriors, all battling for position.

You can follow their progress on the Three Peaks website by clicking the “yellow brick” and there is another box ‘Live Race Reports’ which gives you some race details and also takes you to some photos of the race.      We will try and post some photos on the Westholme website very soon.