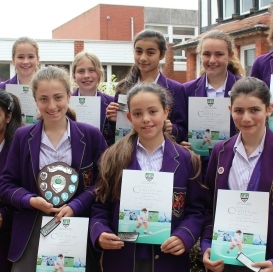 Congratulations to the Year 7 Rounders Team

The Blackburn with Darwen Year 7 Rounders Tournament was held on Monday 25th June 2012.   Eight schools from the area took part in what turned out to be a very tense and exciting competition.

The Year 7 team should be extremely proud of themselves.   Many of the PE staff from the local area commented on how superbly they batted and fielded and said that they would probably be able to beat many Year 10 teams!