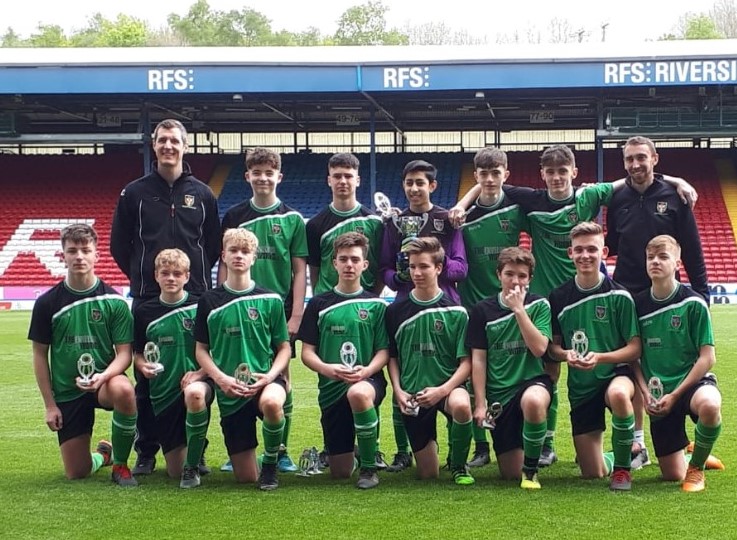 A thrilling game was played at Ewood Park with our U15s showing no sense of intimidation from the professional pitch or their opponents. Coming back from one-nil down with top class goals from Will Couch and a particularly spectacular 40-yard lob by Freddie Pickford was like something out of a film. To have that lead increased late into the match by Leighton Wilson with a late run into the box was the icing on the cake and sealed their comeback 3-1 victory.

Thank you so much to the boys for their grit and determination as well as their conduct before, during, and after the game and also to the parents who were able to attend, kicking every ball as well as cheering and applauding.’

You can see a video clip from the pre match line up here.