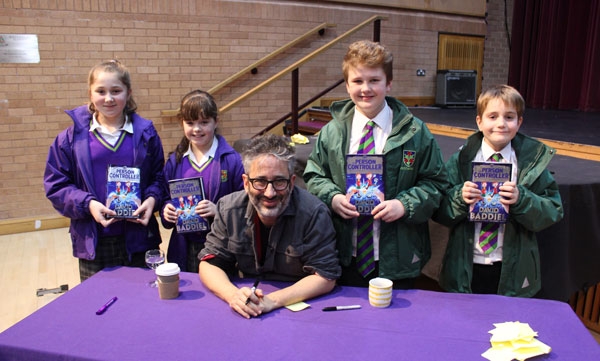 After working with Silverwood Book Events for the Sir Ranulph Fiennes visit to Westholme in December, we were delighted to collaborate with them again as we welcomed David Baddiel to school for wonderful event to promote his new book, The Person Controller. 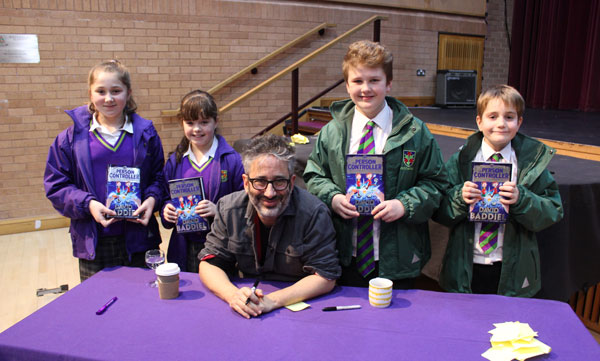 Author, comedian, television presenter, want to-be footballer; these are just a few of the careers listed on David Baddiel’s CV (well, perhaps the want-to-be footballer is more of a dream!). Audience members in the Croston Theatre yesterday were certainly treated to a rare insight into the life of this celebrity, who perhaps to many of us is most famous for the classic football song, ‘Three Lions’. However, David’s visit to Westholme yesterday allowed us to find out more about his recent career as a children’s author. 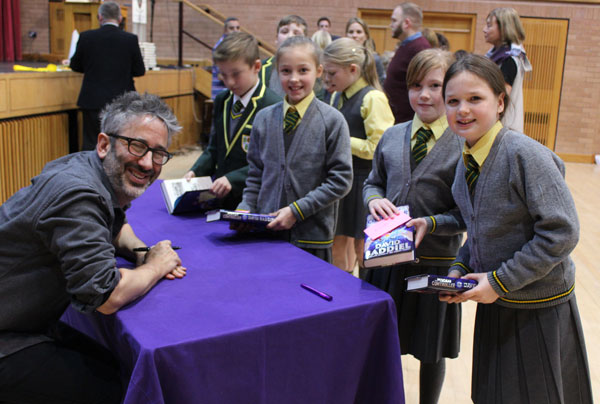 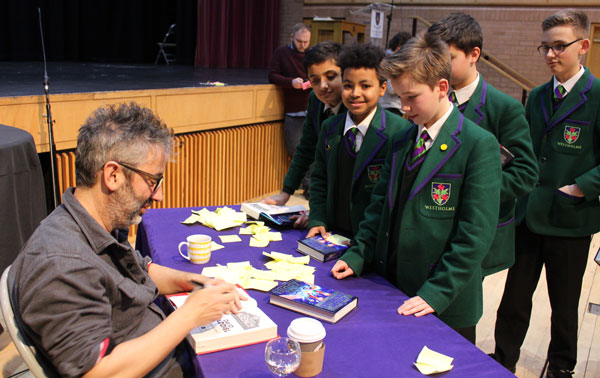 During the day, we welcomed over 400 primary school children to school to listen to David talk about, and read from his new children’s book, The Person Controller. The story tells how the two main characters, Fred & Ellie (who are extremely good at playing video-games, but not much else) meet the Mystery Man who sends them a video-game controller which doesn’t look like any controller they have ever seen. When they discover what it actually does, it seems like the answer to all of their problems. The children were entranced as David read excerpts from this book and his first novel, The Parent Agency which told the story of a boy who wished he had better parents. He had them in fits of laughter as he asked them all to think about what they would choose their own parents to be, if they could – would they choose rich parents, fun parents, energetic parents who never got tired or even ones who didn’t have any rules?! As the afternoon drew to a close, David stayed to sign the books the children had bought, making the whole experience extra special for those in attendance. 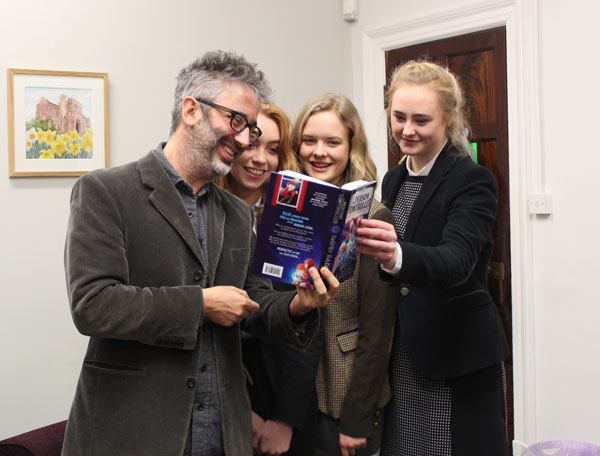 In the evening, we were delighted to host ‘An Interview With’ session, with John Gilmore, from BBC Radio Lancashire. After an official welcome from Sixth Form student, Annabel Steele, David once again, read a couple of favourite passages from his book, The Parent Agency, which, even though it was somewhat of an older audience than the afternoon session, still managed to entertain everyone in a wonderful way. John highlighted pivotal moments in David’s career, which he then elaborated on; his children were his inspiration for ideas for his books, his time spent in the Cambridge Footlights was fun, but proved to be no use whatsoever in his quest to become a stand-up comedian and how people affectionately shout either ‘alright, mate’ or ‘Three Lions’ at him when they see him in the street! Audience participation was also encouraged and David answered questions such as who his favourite children’s author is (Roald Dahl), how do you start writing your books and even some about his love of football, and in particular, about his team, Chelsea! 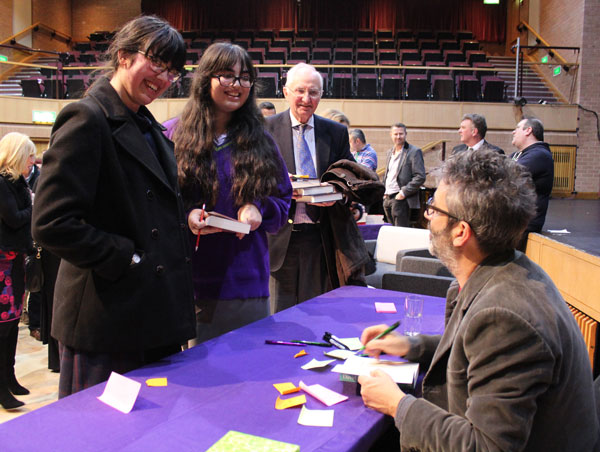 David was officially thanked by Deputy Head Girl, Gabby Sharp, before he kindly spent time signing books and posing for photographs and everyone left the theatre having been thoroughly entertained.

We would like to say a special thank you to David and his publicist from Harper Collins, Paul, to Silverwood Book Events for once again helping to organise a fabulous event and to John Gilmore for conducting the on stage interview.