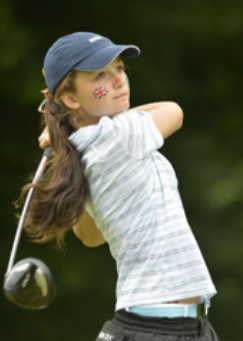 Westholme’s Year 9 geographers have been extremely busy constructing their volcano models. The standard this year was  exceptionally high and the geography department would like to thank Year 9 for making such a huge effort and dedicating so much time to their models.

For this challenging task the girls had to research and produce a fact file on their volcano and then making an educational, labelled model based on the volcano.

The finalists’ volcanoes on display in the library are tremendous and show great creativity, ingenuity and originality. One of the finalists, Francesca Moriarty, managed to design and produce a pop-up Mount Vesuvius book. The girls have been very inventive and have chosen volcanoes from a variety of locations around the world. This year there were many volcanic islands such as Fogo (Portuguese for ”˜life’) an island in the Cape Verde group in the Atlantic Ocean and Mount Pico another island on the Mid-Atlantic ridge. Stephanie Hannah’s Mount Pico lights up and Holly Salisbury cleverly incorporated a lava lamp into the main vent of her volcano.

It has been a really daunting and difficult task to decide upon the winning model but the results are as follows:

Ramisha Younis  9W for her superb model of Mount Mayon on Luzon Island in the Philippines.

Emily Cunane 9M for her very clever and beautifully constructed model of Villarrica Volcano, one of Chile’s most active volcanoes and one of only five volcanoes worldwide to have an active lava lake within its crater.

Keilly Whittaker for her incredibly realistic version of the volcanic Hawaiian Islands in the Pacific Ocean. Volcanoes are normally associated with plate boundaries but there are exceptions called Hot Spot volcanoes. Underneath Hawaii a plume of magma rises from the mantle and eats its way into the tectonic plate above to produce active volcanoes such as Mauna Loa (the largest volcano in the world) and Mauna Kea (the world’s tallest mountain, if below sea-level elevation is counted).