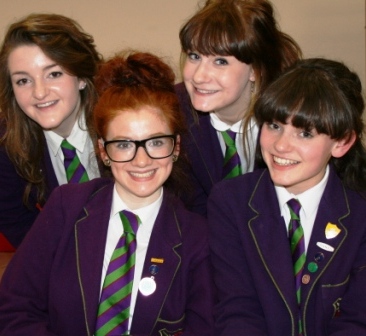 Secondary Schools join us for a Day of Debating

The Westholme girls like nothing better than a good argument!   So that’s what we gave them the opportunity to on Tuesday 13th November.

Mrs Corrigan and the Westholme Debating Society organised a debating competition for Years 10 and 11 pupils.   Schools from East Lancashire came to put forward their views in an exciting and heated competition.   Clitheroe Royal Grammar School, QEGS, St Augustine’s, St. Christopher’s, Longridge High School and Balshaws High School all debated fiercely in an effort to win the coveted Westholme Shield.   Westholme even had three teams who were keen to see their names on the silverware!   The schools debated nuclear power, genetic screening and many other controversial issues.   But, the winning team was Longridge High School who defeated Clitheroe Royal Grammar School in the final debate.