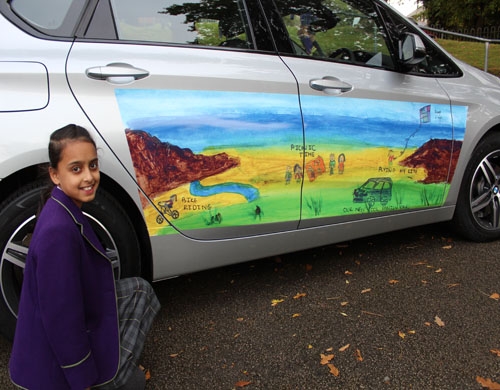 Aasiya and her winning entry

Congratulations to Year 6 student Aasiya Khanjra who entered a competition to design a piece of artwork to go on the side of a new BMW Car model.

Aasiya was judged the winner from hundreds of entries sent to Bowker BMW on Trident Park in Blackburn. The competition celebrated the launch of the new BMW 2 Series Active Tourer. Aasiya’s design featured a Lancashire countryside landscape with rolling hills, kite flying and bike riding in the outdoors. Her prize included an English Heritage Annual Family Membership and a loan for her family of the new BMW 2 Series Active Tourer for the weekend. 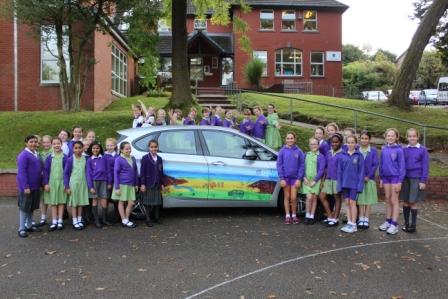 Emily Cunningham, from Bowker Motor Group, said, “We challenged local school children to depict a day out with family and friends. The quality of entries was really high. But the judges felt that Aasiya’s entry in particular managed to capture the spirit of the new car. We hope Aasiya enjoys her prizes. Perhaps Aasiya and her family will even re-create her picture with a weekend countryside drive when they borrow the new BMW 2 Series Active Tourer.” 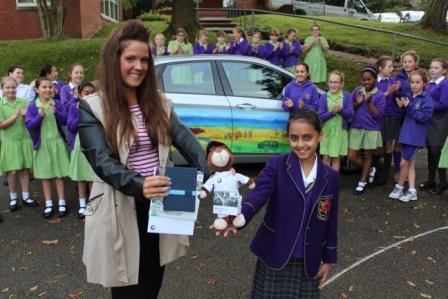 Mrs Laverick was extremely impressed with all of the Westholme entries and was very proud that Aasiya’s entry was announced as the winning one.

The car was launched at Bowker BMW on Saturday and Sunday at the ultimate picnic weekend. It featured a BBQ, children’s entertainment, beauty demonstrations, indoor golf activities and test drives.