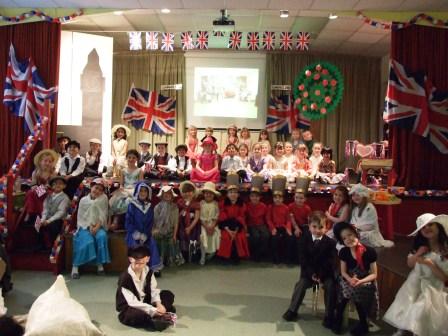 Year 1 perform their assembly “A Right Royal Knees Up”

To get into the mood for the Royal Wedding, Year One performed their assembly “A Right Royal Knees Up” to many of their parents and friends.  The audience were transported back to “Old London” as they listened to old time classic songs such as “Maybe it’s because I’m a Londoner”, “Daisy, Daisy” and “What a picture”. 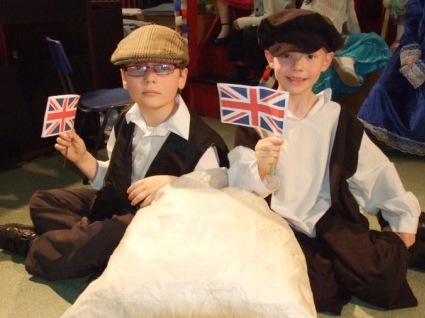 Dressed in Victorian style costumes, the children told jokes and acted out short role plays to accompany the songs.  At the end of the assembly the audience were encouraged to sing along. It was a great performance and one that got everyone in the mood for the Royal Wedding.  Please click here to see a gallery of ‘A Right Royal Knees up’.