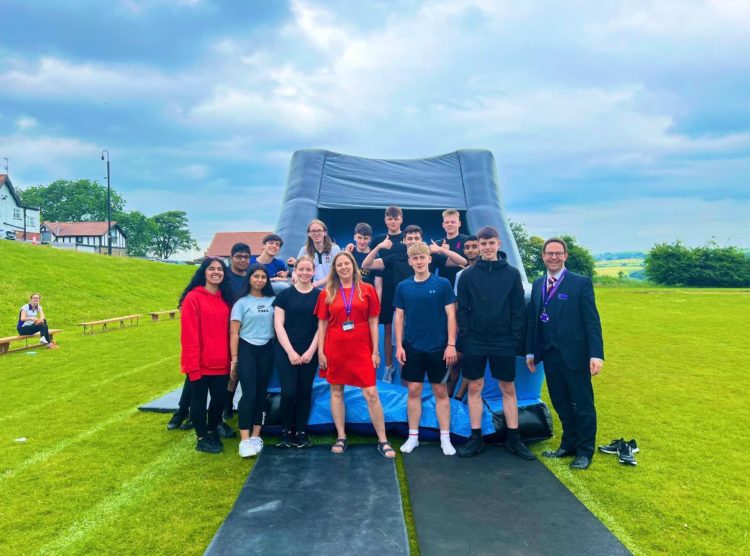 Towards the end of June we welcomed a whole host of Year 12 students to our INSPIRED Sixth Form induction day, where they could enjoy a taste of what it would feel like to be a Sixth Form student at Westholme.

Both current and prospective students arrived in the morning and were welcomed by Head of Sixth Form Mr Oracz in the Croston Theatre, where he explained that they had the opportunity to get involved in a variety of lessons, activities and competitions taking place across the whole school throughout the day.

It really was a day to showcase everything that is in store for students at our INSPIRED Sixth Form and an opportunity for those present to meet new people, make friends and make the most out of the school facilities available – whilst having fun and learning new things along the way.

Taster lessons covering the whole curriculum were on offer from Science, Art, Drama, to Maths, Music and Sport amongst others. Activities were available in and around the common room such as chess, pool, table tennis, board games and even a cake decorating challenge.

Outside there was an ice-cream van that had been hired out especially for the day, a real treat on what turned out to be a warm and muggy Friday indeed! Alongside this, on the sports field, there were organised matches of rounders, egg and spoon relays, sac races, tug of war competitions and even an inflatable assault course for students to get involved with in the afternoon.

After an action packed day, students then assembled back in the Croston Theatre where a montage of photos that had been taken throughout the day played out on the big screen, highlighting the events that had taken place. It had been great to see everyone getting involved and there were plenty of smiling faces at the end of the day.

Overall it was a fantastic day to show Year 12 students what’s in store for them in September!