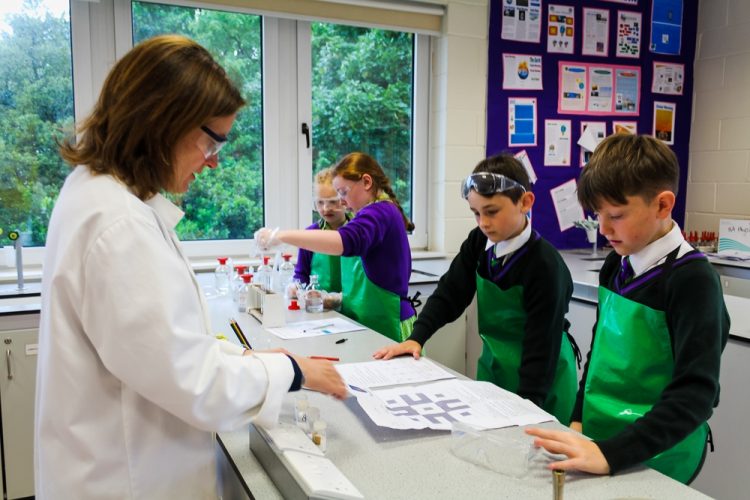 Today we hosted our annual Year 5 STEM Challenge Day with visiting schools from across Lancashire. The schools entered teams of four students to compete in the subject areas of Biology, Physics, Chemistry, Computing and Maths. 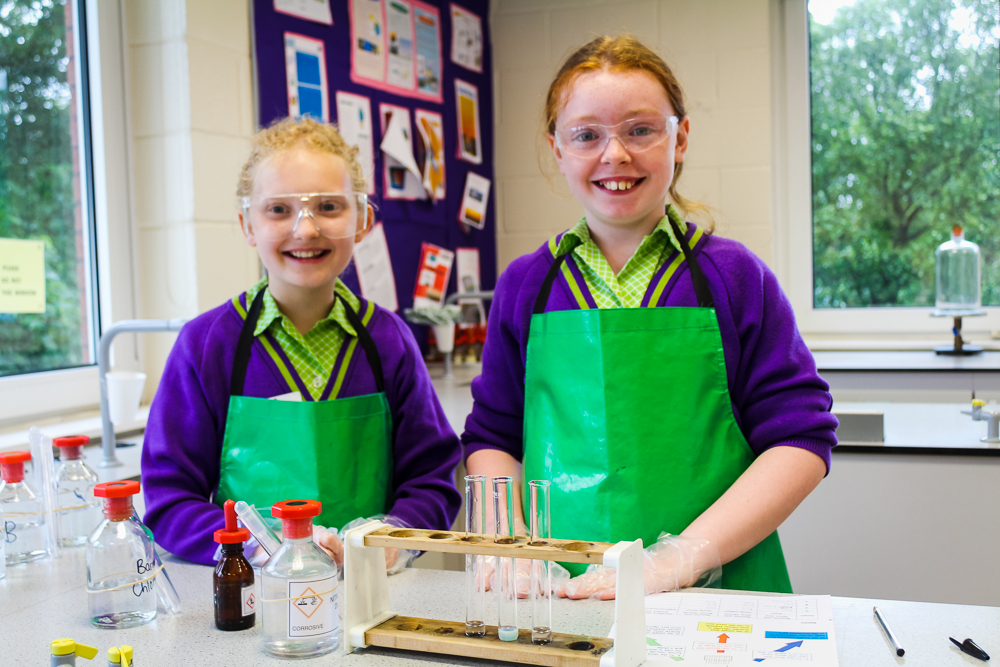 Students and staff were welcomed by Mr Hiller, Head of Science and the teams were then given the timetable for the day which was split into four tasks. 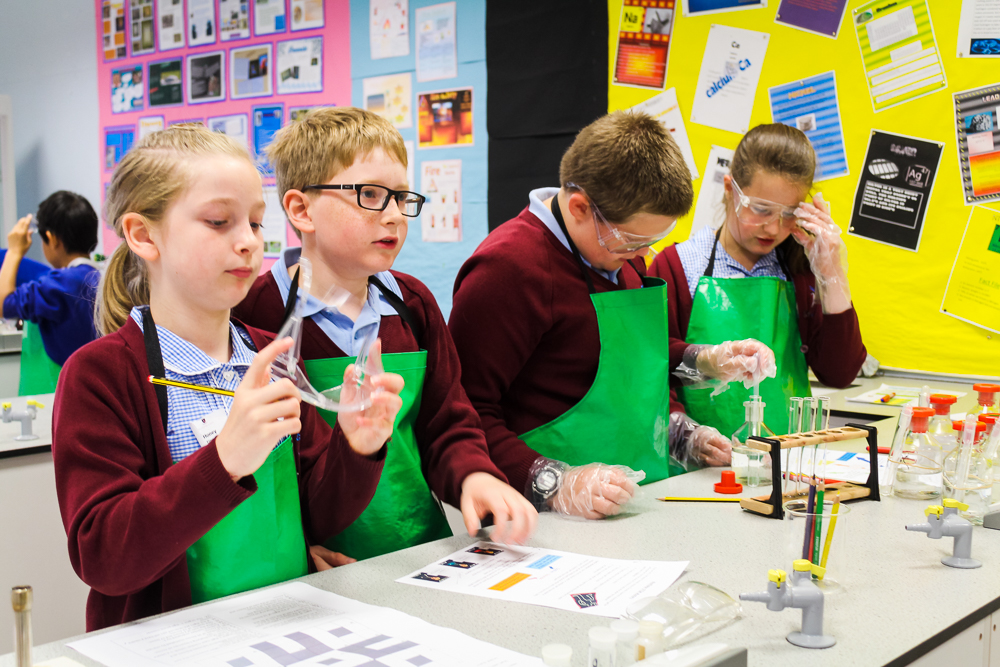 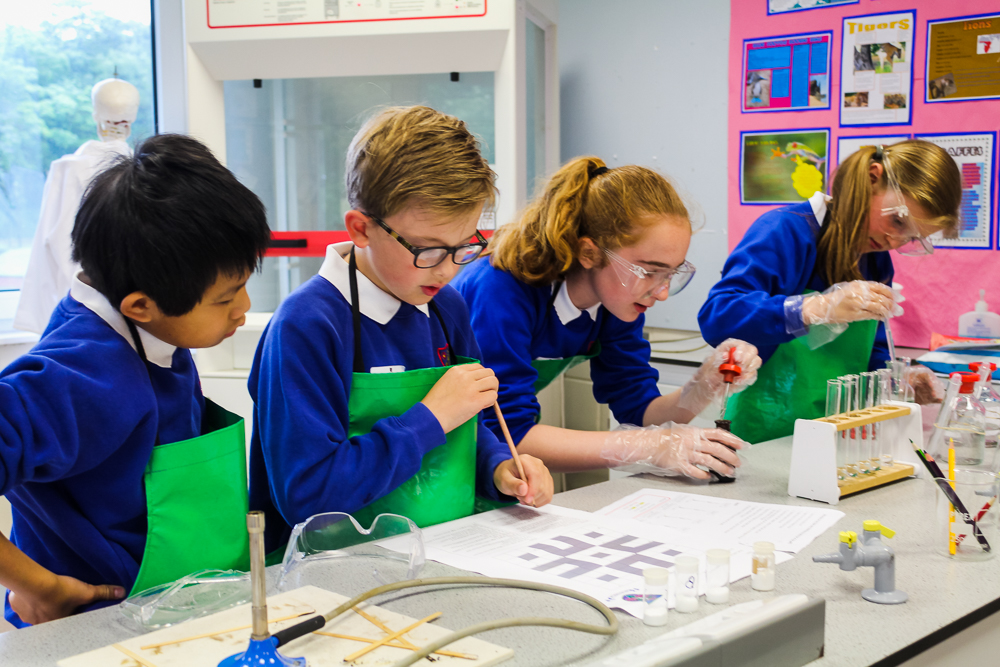 Task 1- Chemistry – The task was based on forensic science and involved identifying clues after a body has been found. 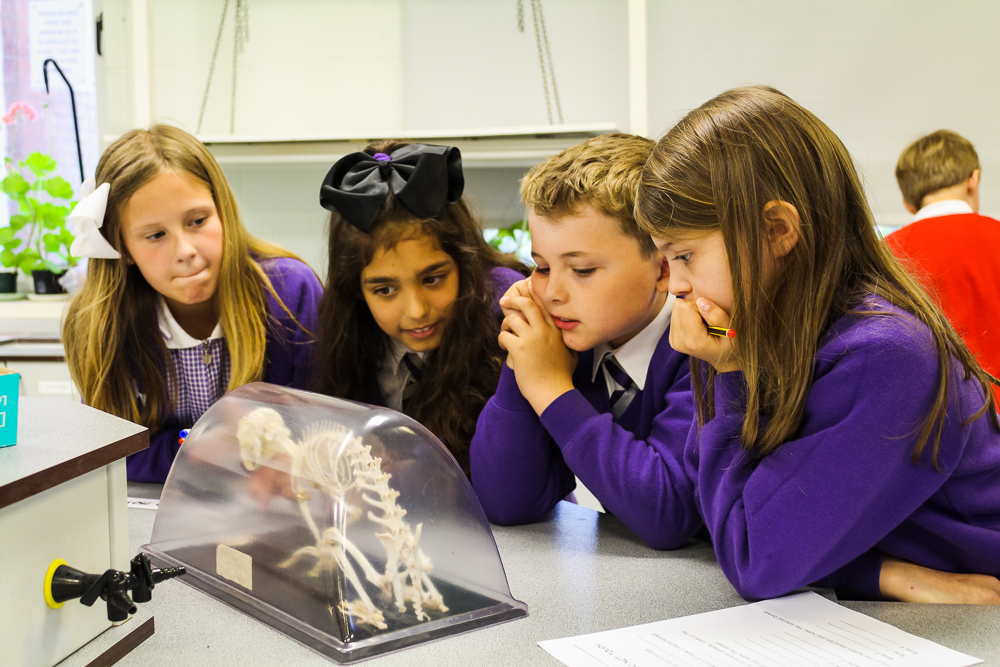 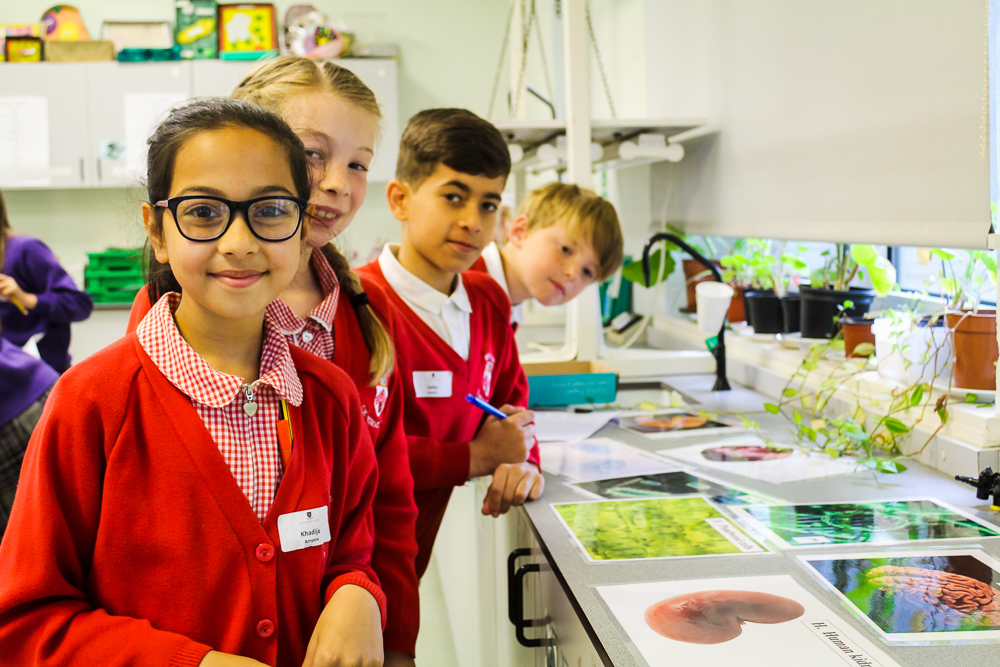 Task 2 – Biology – The six activities tested the students by asking them to identify bones, leaves and invertebrates, as well as studying photographs of organisms and cells and working the magnification or type. 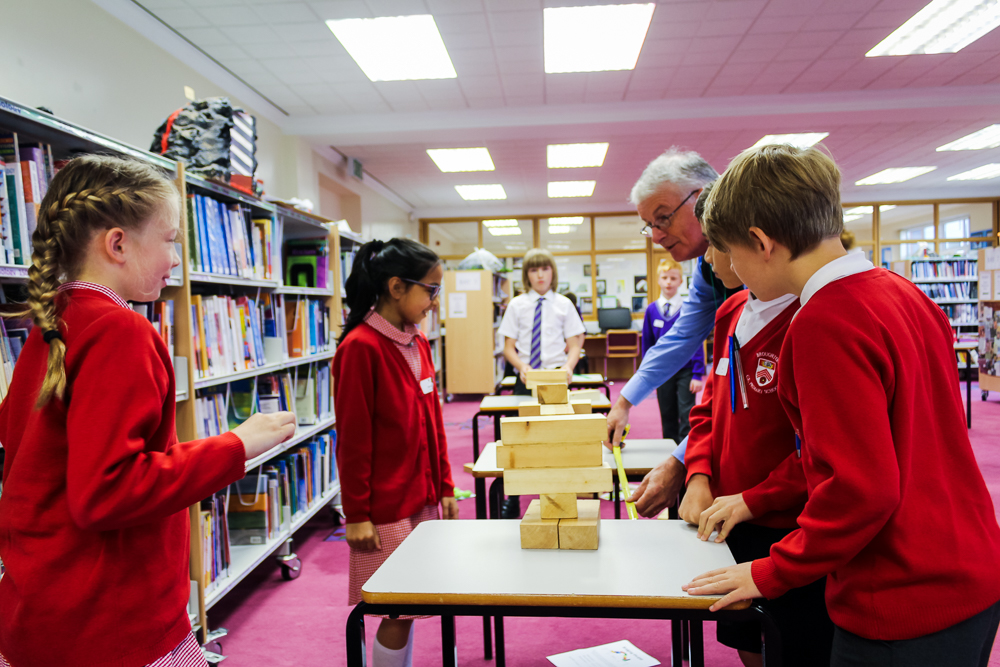 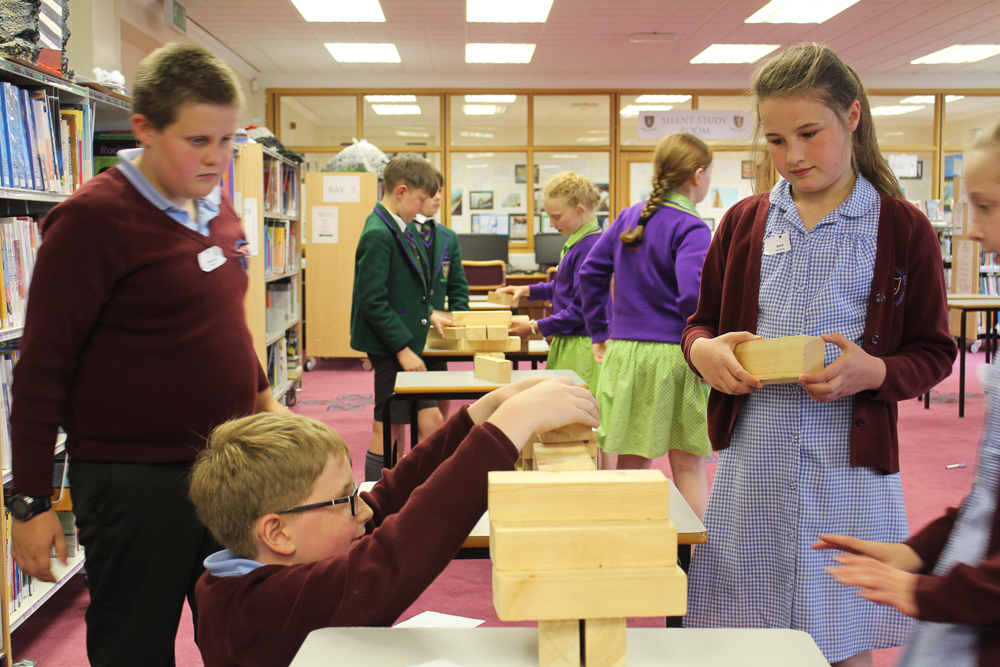 Task 3 – Bridge Building – Using nothing but wooden blocks to build a bridge, the pupils had to, through trial and error, test the theory of balancing objects on the centre of their mass. 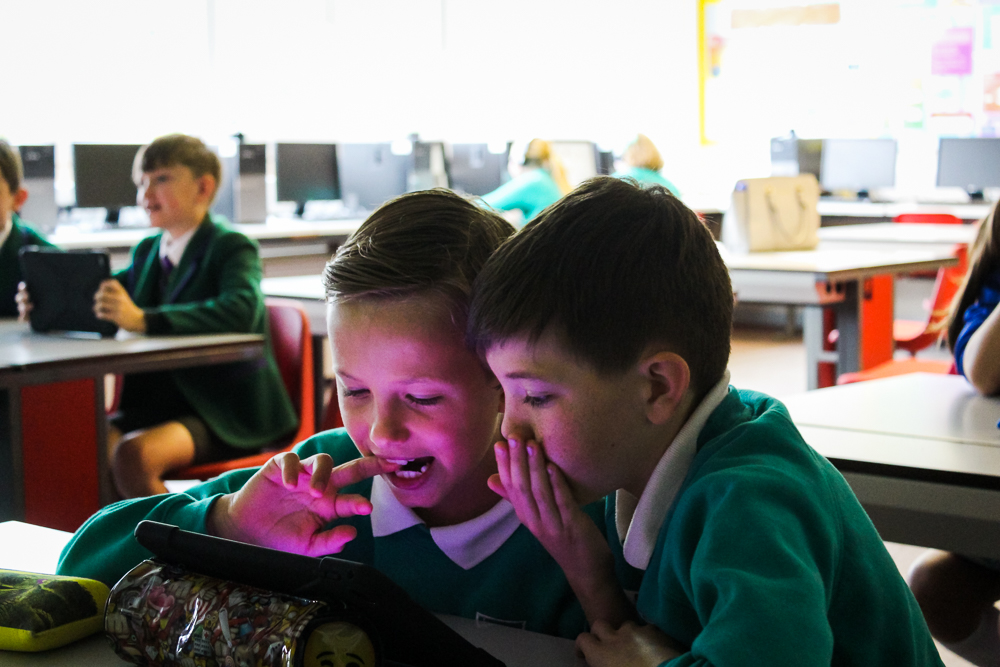 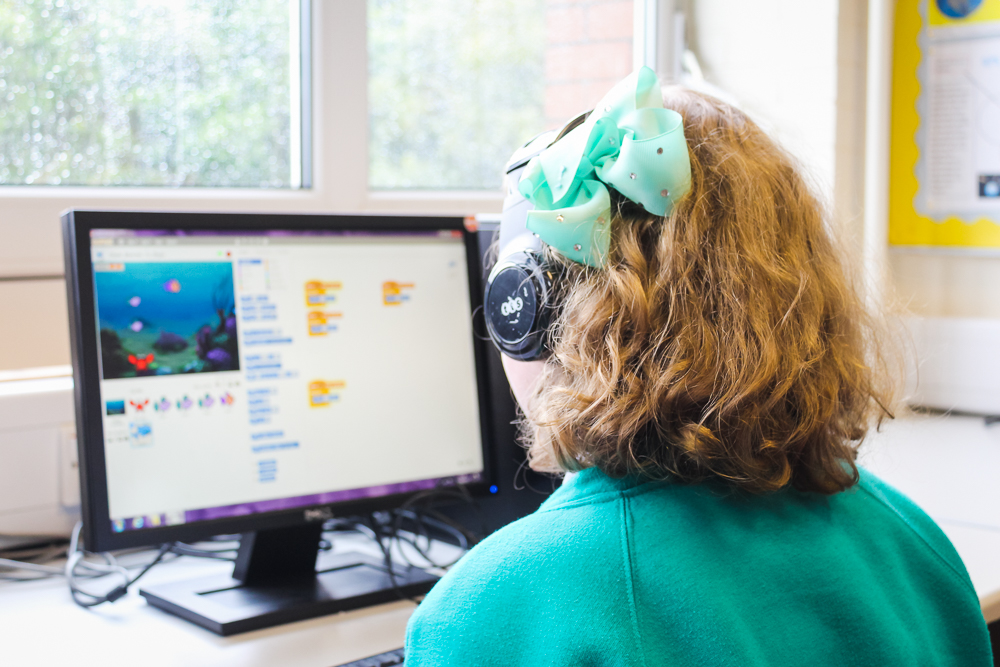 Task 4 – Computing – this task was split into two challenges, the first was a programming challenge using ‘Scratch’ software where the students had to create a simple game and then the second task was a ‘head to head’ computer science quiz which the pupils completed on IPads. 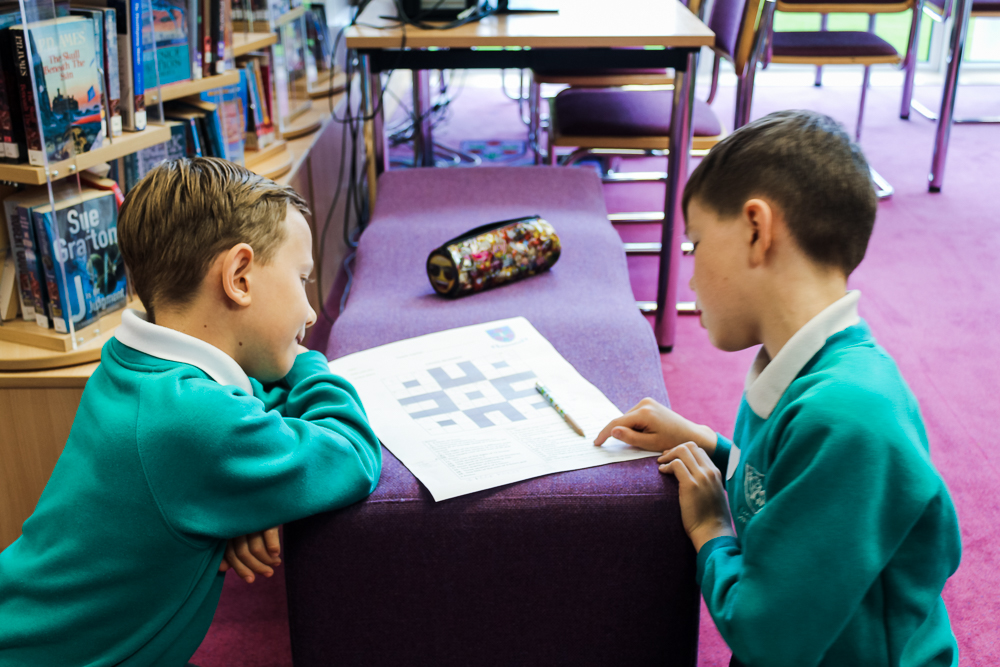 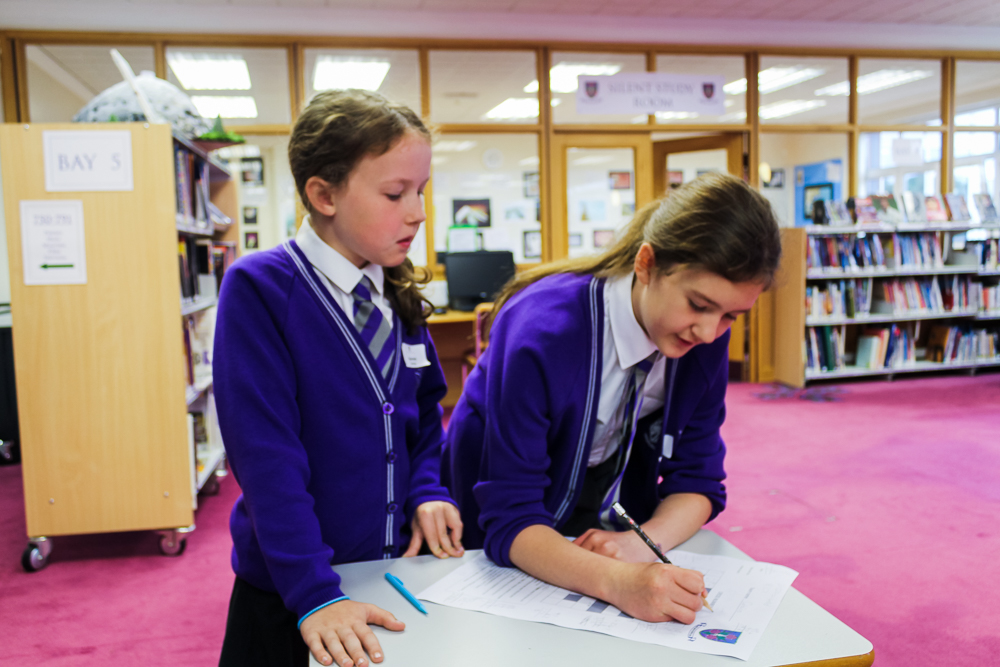 Maths Challenge – During the day, alongside the others tasks, the teams also had to complete a maths based crossword which was extremely challenging. 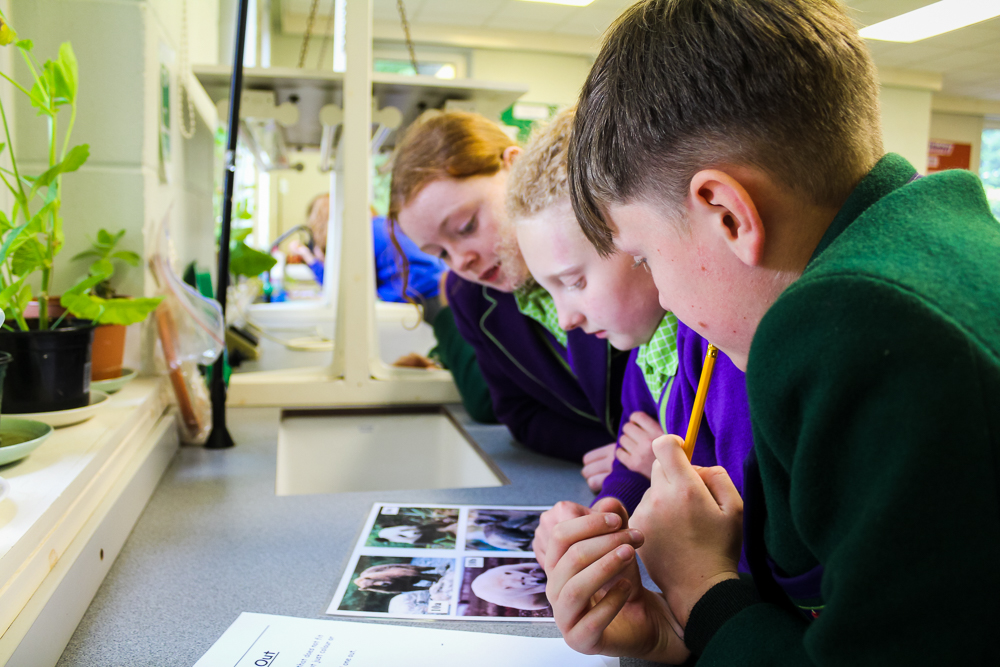 The results were calculated and then all of the teams and staff were invited back into the Theatre to find out the winners of each category; Biology, Bridge Building, Chemistry, Maths and Computing as well as the overall winning team.

The winners of each category were: 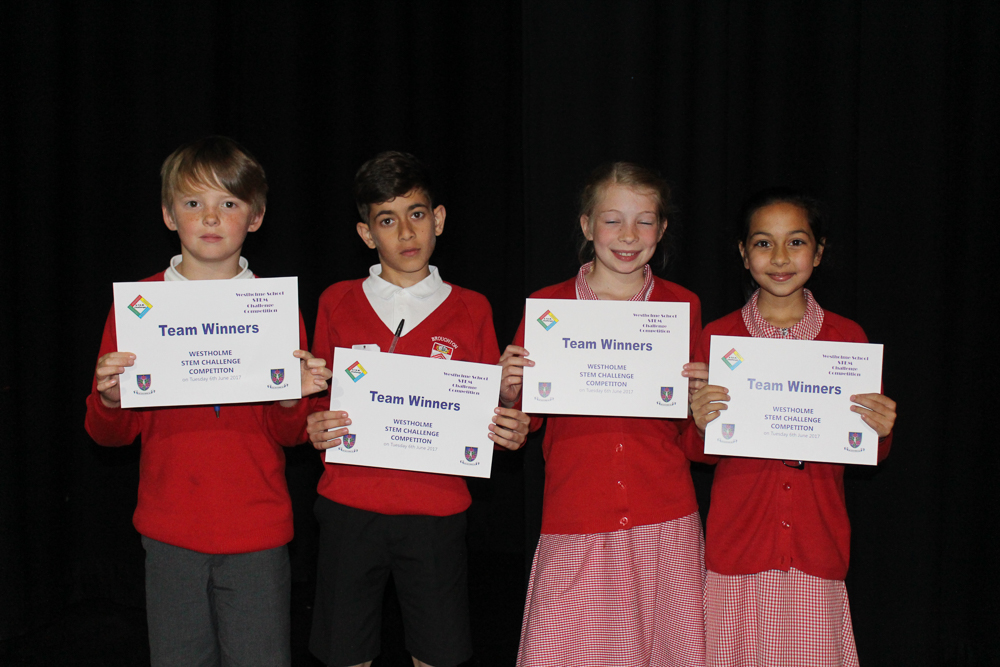 Please take a look at the film from the day.

The results table is below and a gallery of images here 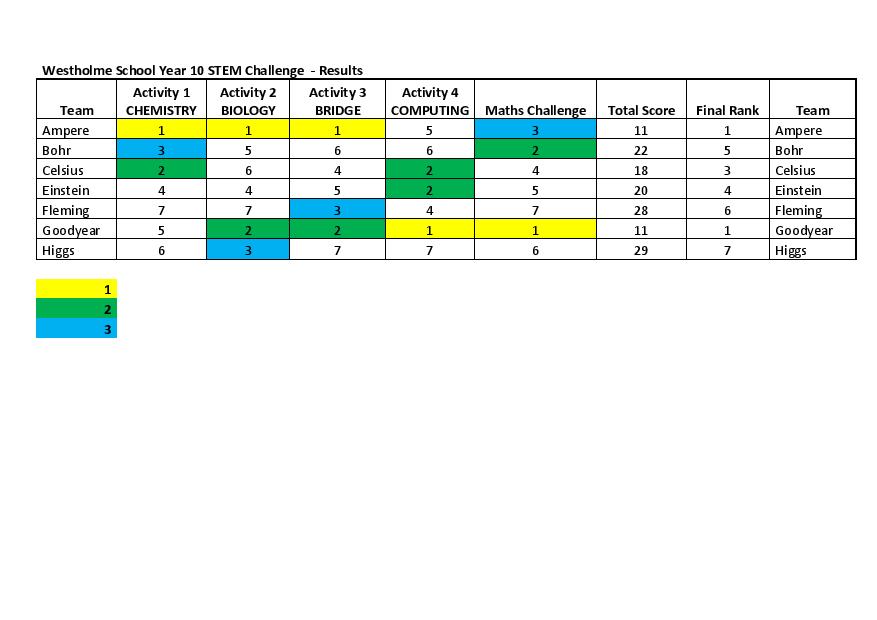