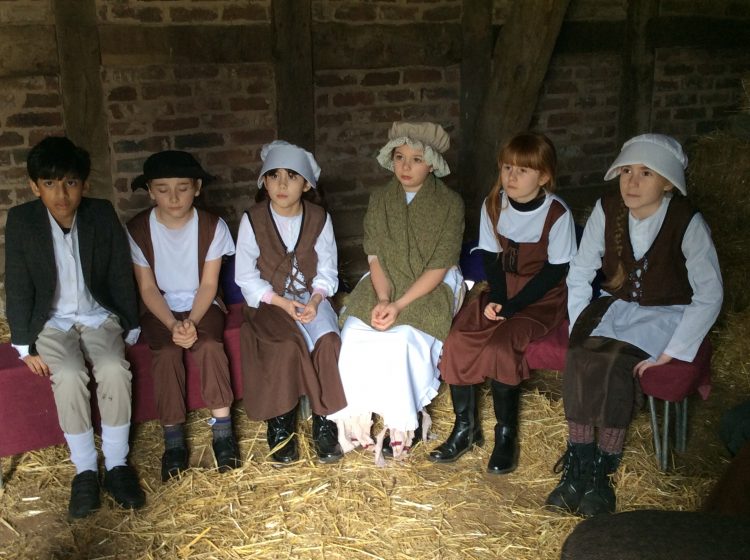 On Wednesday 11 March, Year 5 enjoyed travelling back to the Tudor times to discover what life would have been like at Tatton Old Hall in the 1500s.

They were met by two Tudors who welcomed them in to warm themselves by the roaring fire in the Great Hall.

During the morning, the children learnt about Tudor armoury and had the chance to experience wearing some of it. Each group also spent time in the barn and tried their hand at thrashing, winnowing and grinding corn.

After a Tudor-themed lunch in the grounds of the hall, the children were given a tour of the master and servants’ quarters and they were told many fascinating facts about the deer that roam free in Tatton Park. Little did the children know that two of them would finish up in the stocks by the end of the afternoon! Fortunately, they were set free just in time to catch the coach back to Blackburn.

A great day was had by all.