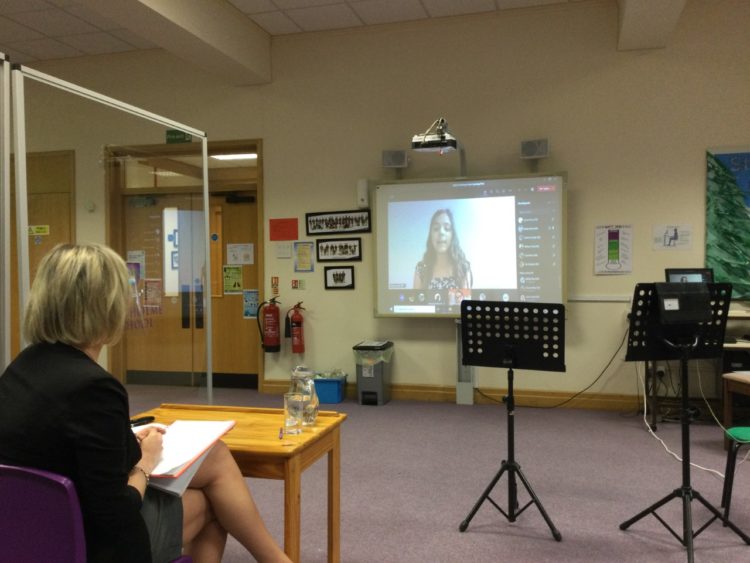 Despite the current COVID-19 restrictions being in place, as a school we did not want the children to miss out on the experience of competing in our annual Year 6 House Public Speaking competition.

Members of staff knew that the children would rise to the challenge and be able to call upon the Westholme spirit to deliver thoughtful, interesting, creative and informative presentations. The children did not disappoint.

Before February half term, each member of the class delivered their speech to their peers. Each pupil was given a score and these scores were added together before an average score was found to determine which House would be the overall winners in the prestigious House Public Speaking Competition.

Both Mr Haworth and Miss Strickland were impressed by the maturity, calmness, clarity and composure that the children showed when delivering their talks. Delivering to an audience through a computer screen is no easy task, yet the children confidently presented their speeches.  We were also impressed by the way in which the virtual audience offered constructive advice to each fellow contestant.

It was difficult to select the individuals who were to go through to the final, as all approached their task with effort and determination which should be congratulated; but eventually the choices were made – a hard decision indeed!

On Wednesday 24 February 2021, the Year 6 finalists battled against each other having spent a lot of time over half term practising their speeches which they performed to their peers, class teachers and family. The talks were interesting and varied, ranging from gaming; family holidays around the world; Harry Potter, to Sir Captain Tom Moore, to name but a few!

Mrs Davenport adjudicated the competition and was amazed by the high standard of speakers. Children spoke with clarity, confidence and provided a wealth of knowledge on their chosen topic.

It was extremely difficult to select three winning talks but congratulations went to our joint winners of:

Mrs Barnett then announced the House totals on Friday which resulted in the following places being awarded:

Well done to all our Year 6 children for putting such fantastic effort into their presentations.