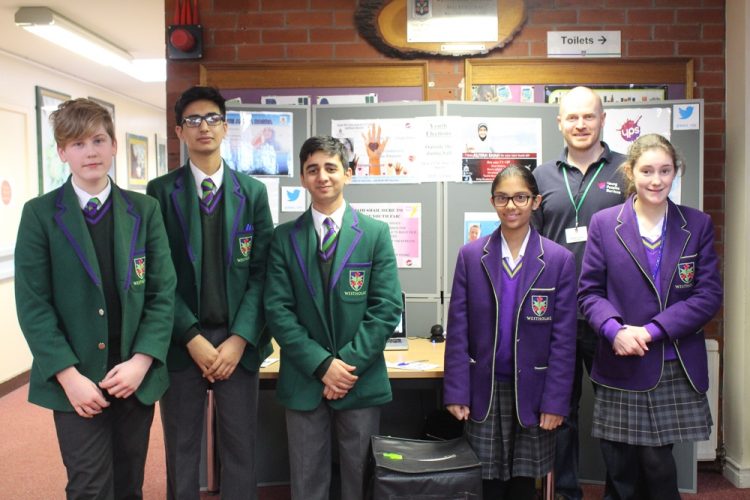 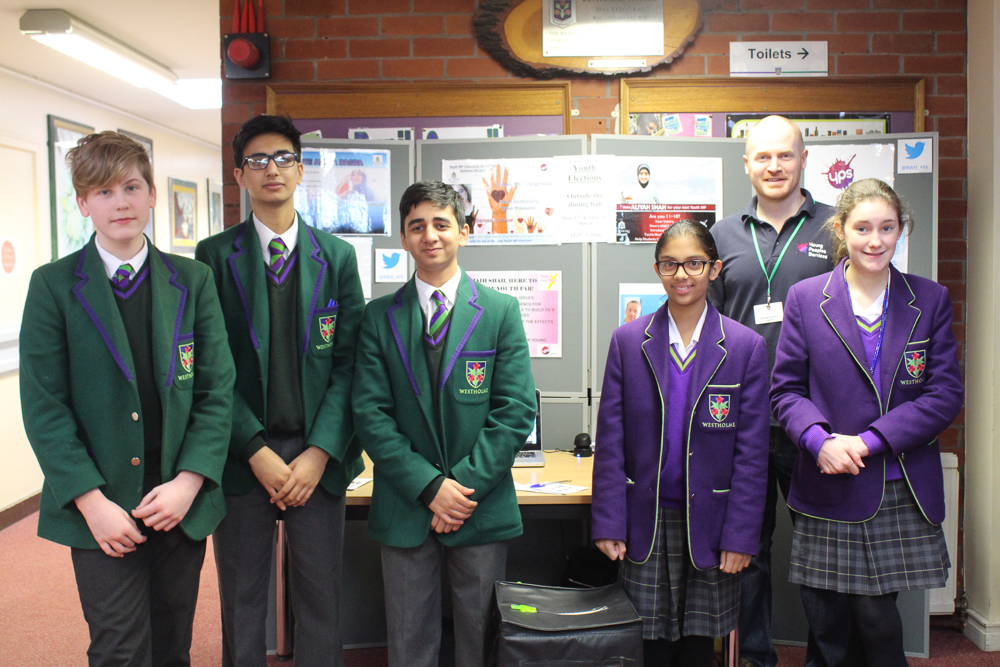 Yesterday we had a visit from Matt Johnston who represents Blackburn with Darwen Borough Council Young Peoples Services as part of Youth Election Week 2017. Matt came in and set up a stand outside the dining hall to talk to students about the Youth Elections and to inform them about the young candidates for our area and their individual policies. The idea is to encourage our pupils to think about participating in the local democratic process and to either stand as candidates or vote for other young people.

Young People’s Services (YPS) facilitates the annual youth election process within Blackburn with Darwen.  All secondary schools, colleges and youth clubs are invited to participate in this process. During youth election week Monday March 13th – Sunday March 19th all young people aged between 11 – 19 years across the Borough will have the opportunity to vote.  Candidates have been nominated from schools, colleges and youth clubs.

YPS can support schools at various levels – the school can lead the process or allow them to lead on their behalf and they will pick up all the workload and organisation.  YPS can deliver this by playing the candidates DVD speech’s during assemblies and then young people can vote when leaving and YPS staff will facilitate and support this voting process.

The announcement of the next BwD Youth MP and two deputies will be announced in the Council Chambers at 5pm on Monday 20th March. If any young person is interested in joining BwD Youth forum please get in touch at https://www.facebook.com/BWDYoungPeoplesServices/?fref=ts#