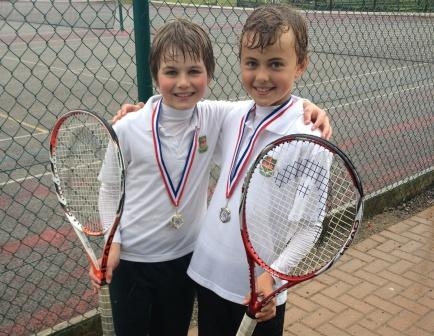 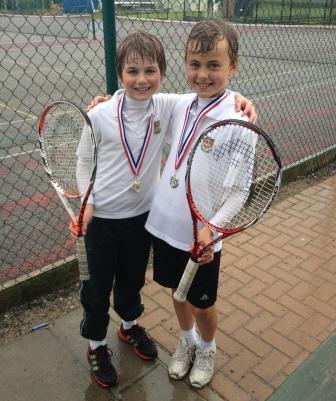 They both came 2nd in their groups and went through to the semi finals of the plate competition. Both boys won their semi-finals which put them through to the final to play each other!   Dominic won 6-0 in games, even though they both played  brilliantly in torrential rain!!!