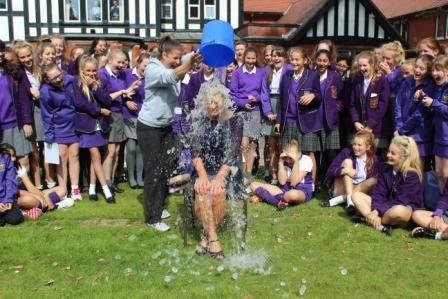 Today, Westholme got involved in the fundraising challenge that’s sweeping across social media sites. Having been nominated by a number of people to take part in the Ice Bucket Challenge, our Principal, Mrs Horner, very bravely took it upon herself to complete her challenge in front of many Senior School students and members of staff.

The audience then began the countdown before Deputy Head, Mrs Gough poured the bucket of ice cold water over Mrs Horner’s head. 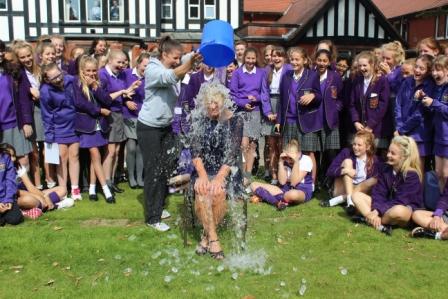 Every 90 minutes someone is diagnosed with amyotrophic lateral sclerosis (ALS), a progressive, incurable neurodegenerative disease that causes muscle weakness, paralysis, and ultimately, respiratory failure. So far this fundraising event has raised over £2,000,000 for ALS and awareness of the disease is increasing with each challenge.


Well done to Mrs Horner for completing her challenge!