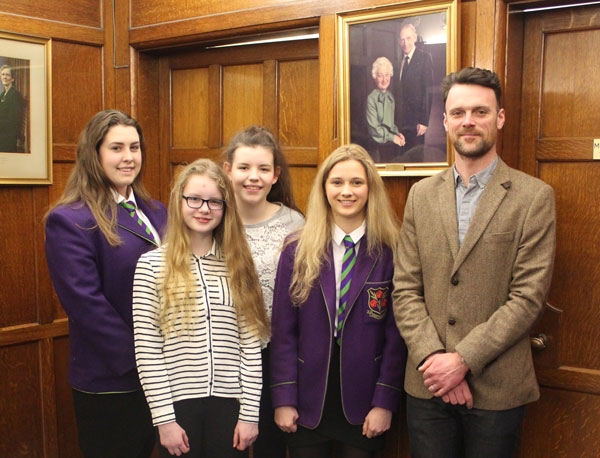 Each year, we host a lecture given by a motivational, intriguing and bar-raising guest. The series of lectures are named after and are in honour of Arthur Rouse, Principal of the school from 1950 to 1969.

Last night, we were delighted to welcome former professional cyclist and now commentator, Rob Hayles to Westholme who delivered an inspiring and entertaining lecture which was fascinating from start to finish. 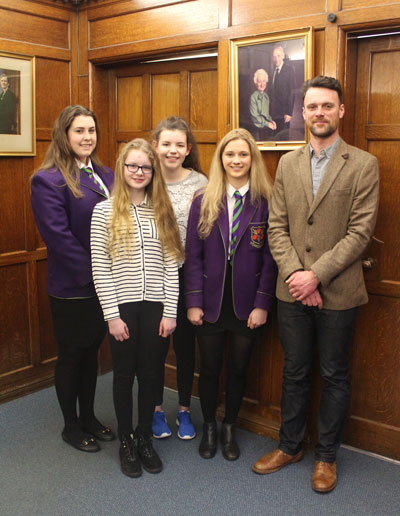 Rob is no stranger to success; he is a three time Olympic medalist and one of the most experienced riders in British cycling, competing for England and Great Britain. He has certainly been a fundamental figure in the world of cycling, helping to develop the careers of some talented cyclists, including Mark Cavendish.

His analysis of athletic training techniques and their application to everyday life was insightful to all members of the audience both young and old. Rob spoke about how he was fortunate to have ‘straddled’ two different regimes of British cycling from the 1990s throughout the 2000s and that the introduction of Sir Dave Brailsford to the British cycling management team was almost certainly the turning point for the sport. Rob went on to explain that all of a sudden, the world began to take note of the British team and a winning mentality became ‘the norm’. 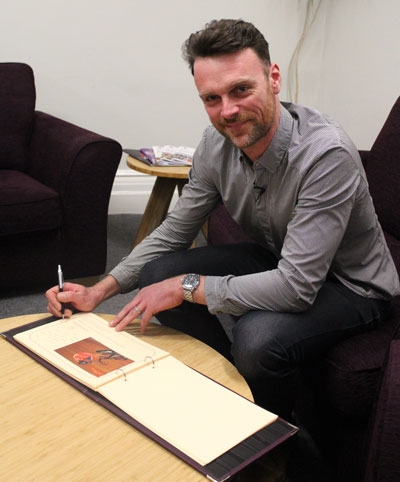 It was interesting to listen to Rob speak and once his talk ended, the audience were delighted to have the opportunity to ask him some questions. We discovered that he was not really interested in any other sports (he was too flat footed for cross country running!) and that his proudest moment in cycling was probably when he was younger and his Dad took off his stabilisers – (although we secretly think this talented medal winner was being a little too modest!) – he fortunately managed to ride the bike unaided and the rest is history.

It was quite timely that Rob had just returned from commentating at the UCI Track Cycling World Championships which were held in London last week and Rob also offered some insight into how he thinks the British team will perform at the Rio Olympics in the summer. 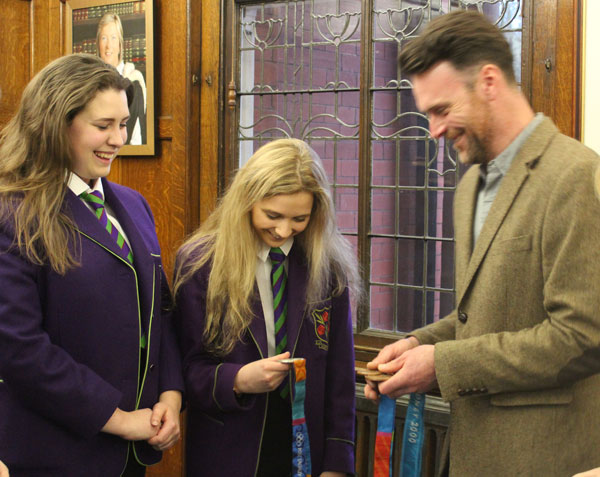 Everyone in attendance was fascinated to hear about Rob’s experiences and achievements and he inspired the audience to think like champions; a sentiment that Arthur Rouse himself would certainly have echoed.

Thank you, Rob, for visiting Westholme and delivering this year’s Arthur Rouse lecture; you certainly have a new army of fans and we look forward to tuning into your future commentaries and listening with great interest!