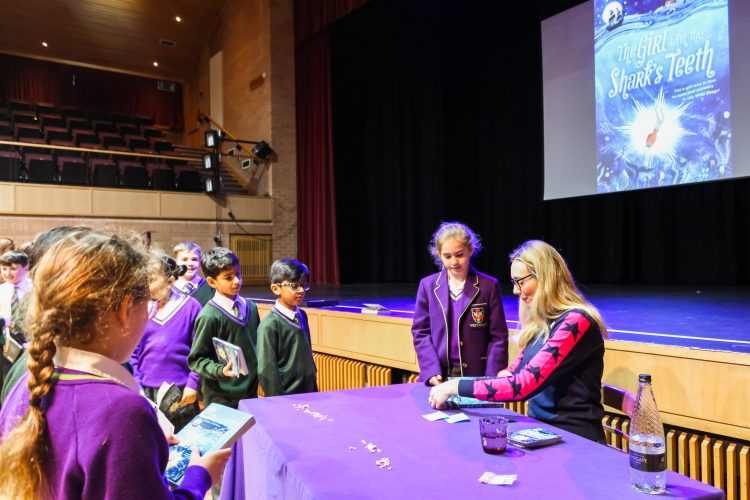 This morning we welcomed childrens’ author Cerrie Burnell to the Croston Theatre to talk to the Junior School children about her latest book, The Girl With the Shark’s Teeth.

The event was organised in partnership with Silverwood Events and Oxford University Press Children’s Books. These talks offer the children a wonderful opportunity to meet an author and hear them speaking in person about their book. 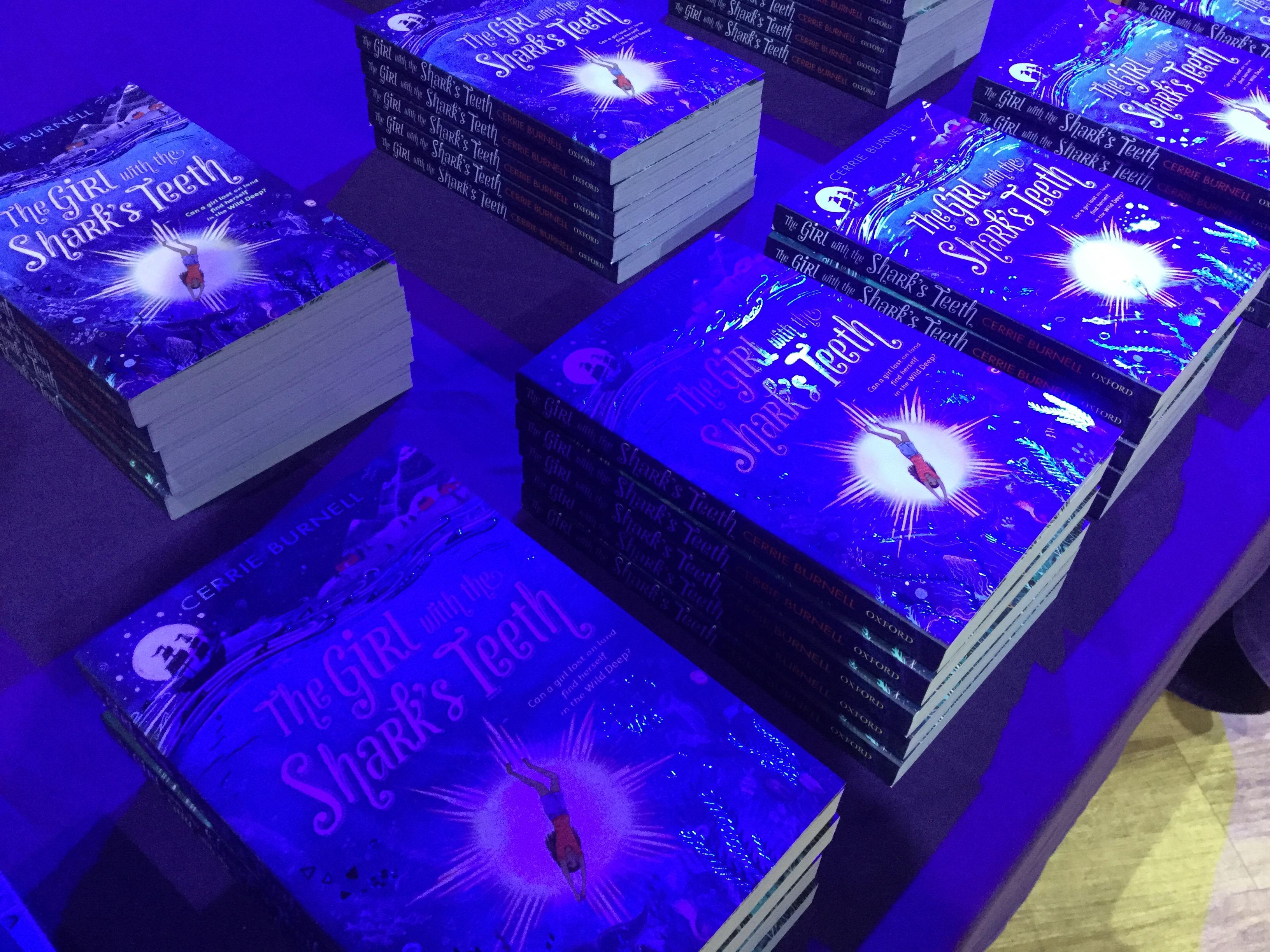 Cerrie Burnell who was formerly a presenter on BBC childrens’ television programme CBeebies, as well as actress, singer and playwright, had her first book Snowflakes published in September 2013. It is about a mixed-race girl from the city sent to live with her grandmother in a magical village, and was inspired by  Cerrie’s daughter, who is also mixed-race. From the start Cerrie believed every child deserves to have their life represented in books.

Cerrie herself was born with her right arm ending slightly below the elbow. Her parents encouraged her to wear a prosthetic arm, but she resisted from the start, and stopped wearing one entirely when she was nine. She says her disability did not hinder her from doing what she wanted, including sports, swimming, windsurfing, singing in the choir or joining the Army cadets. Burnell also suffered from dyslexia which left her unable to read until the age of ten, but none if this was enough to prevent her from following her dreams and inspiring others to do the same.

The Girl With the Shark’s Teeth is Cerrie’s latest book and  is a magical adventure story about a girl called Minnow, who has grown up on a boat with her mother Mercy hearing tales of a place below the ocean called The Wild Deep. When Minnow’s mother is taken from her, she answers a call from the Wild Deep she has been waiting for her whole young life. In her brave and fearless mission, Minnow is transformed forever.

The pupils were enthralled and excited to hear Cerrie speak and she invited some students up on to the stage to answer questions and others were encouraged to read aloud. After a thoroughly engaging talk the children asked questions about Cerrie’s life as an author and how she came to write her stories. Afterwards, she kindly signed books and posed for photographs.

Thank you to Silverwood Events and Oxford University Press Childrens’ Books for arranging such an amazing visit and to Cerrie Burnell for her time and inspiration. We hope she will return next year with her next story.