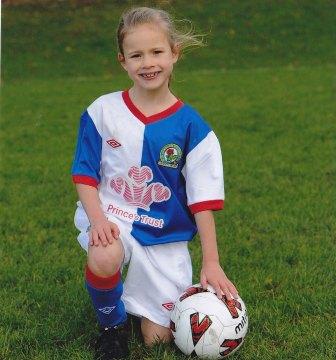 Back in August, when Sasha was just 6 years old, she  was awarded  the contract after impressing the Rovers Development Team.

Part of the Under 9s Development Team, Sasha trains each week at the Centre of Excellence at Ewood Park and their next fixture is against Manchester United on 25th February.

Her love  for football began when she  started playing football in the playground at Billinge House with some of the other boys in her year.   She then asked to join a club as a result.    Sasha also played in Mrs Sutcliffe’s after school football club and the Billinge House football  team.   She  now also plays in the boys team at Langho Juniors FC. 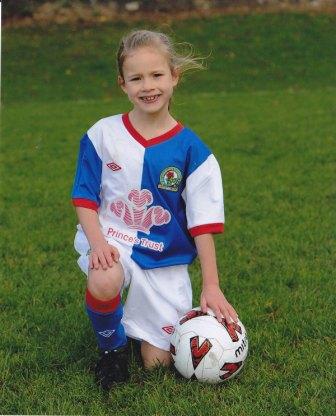 Everyone at Westholme wishes Sasha the very best in her upcoming fixture; GO SASHA!