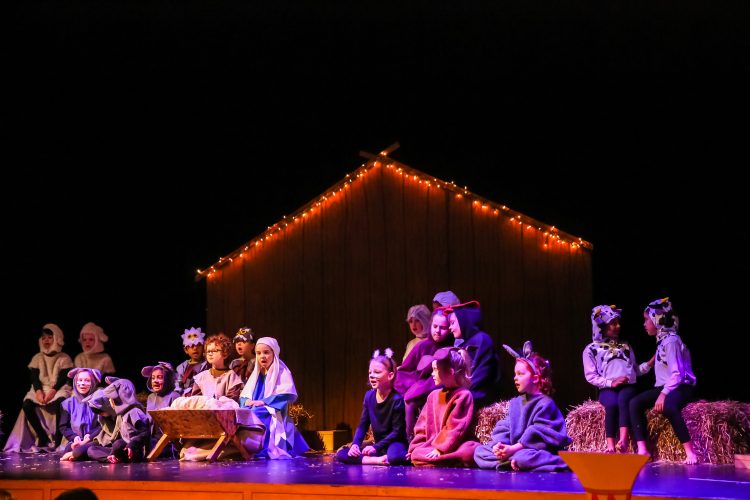 There is a good deal of commotion in a Bethlehem stable when the animals realise that there is a baby in the barn!

The cows, sheep, pigs, cat and cockerel all learn about their special guest from the donkey that brought the baby along as well as the guests that follow.

As more and more visitors arrive to greet the new king, the animals slowly realise what a privilege it is to share their home with such an important baby.

The children had been practising hard and all gave heartfelt performances. Their clear speech, comic timing and wonderful singing voices were to be heard all around the theatre.

The Year 2 stars were ably supported by the talented children in Reception and Year 1, who took on roles such as villagers, carpenters and innkeepers, to name but a few.

Dancing, singing and even instrumental pieces were featured throughout the play, with each and every child being involved in one way or another.

Well done to everyone for their hard work to produce such a brilliant performance.