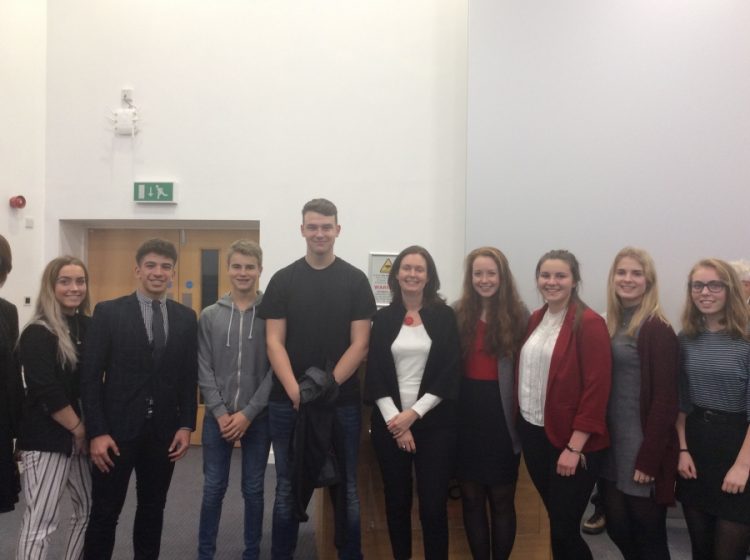 15 million degrees: Journey to the centre of the sun

‘15 million degrees: Journey to the centre of the sun’. This was the enticing title of an evening lecture attended by Sixth Form and Year 11 physicists at The University of Central Lancashire. The students, along with Mr Hiller and Miss Smith, were welcomed to the event by Professor Derek Ward-Thompson, Director of Jeremiah Horrocks Institute and introduced to the guest speaker, Professor Lucie Green. Lucie is a Professor of Physics and a Royal Society University Research Fellow based at the Mullard Space Science Laboratory, UCL’s Department of Space and Climate Physics and studies activity in the atmosphere of our nearest star, the Sun. She also makes regular television and radio appearances. 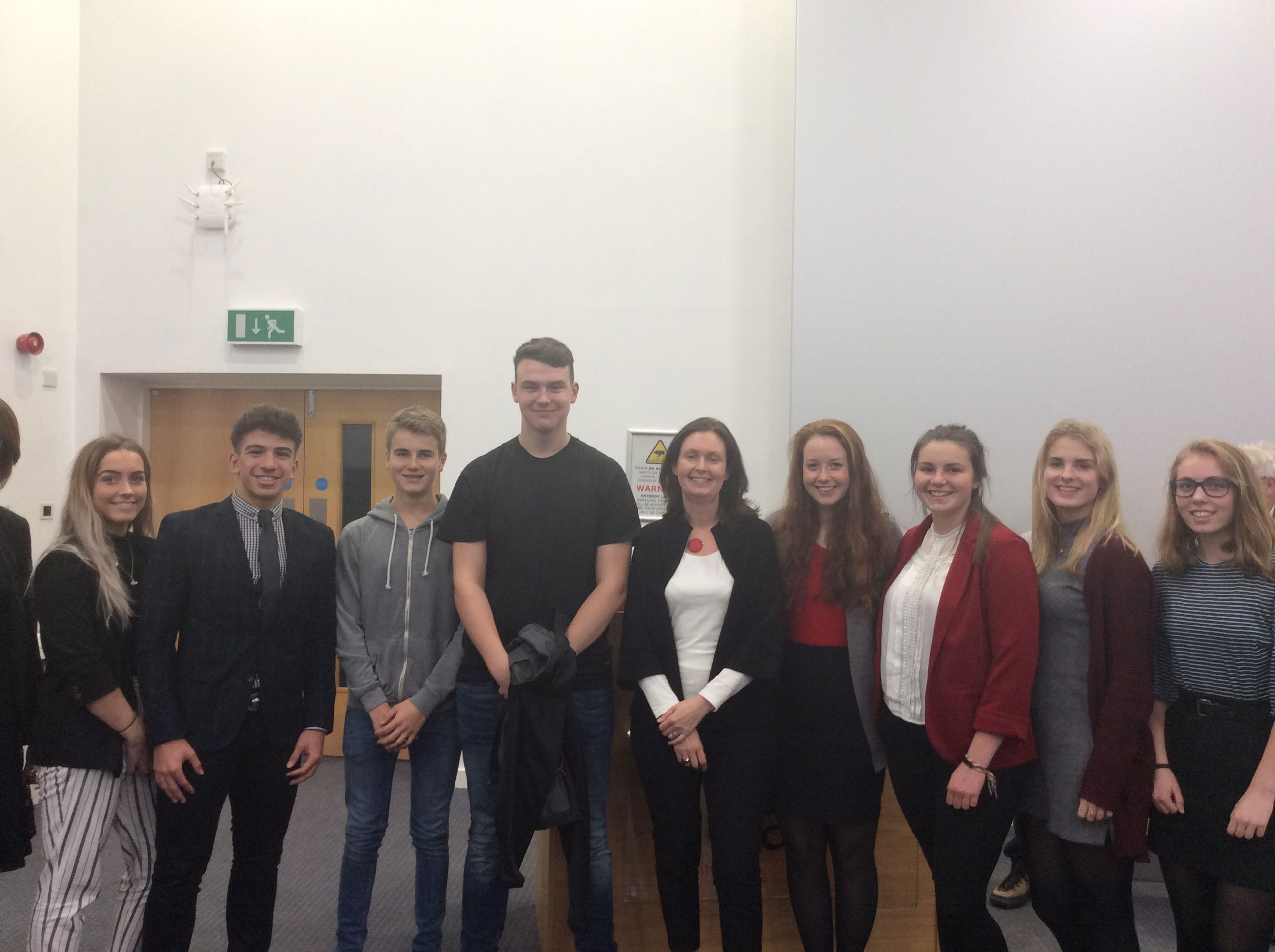 The lecture started with the history of solar research, looking at early attempts to collect data and how we have made progress in this field. Towards the end of the presentation Professor Lucie Green looked at the latest planned mission to be launched in 2018 giving anecdotal insights into the space craft such as the heat shield being made from crushed cow bones as these make exceptionally good heat insulators. Throughout the talk there were incredible images of the sun, all explained in a clear and interesting manner. Professor Lucie Green talked about the fascinating processes going on inside the Sun, the difficulties faced in collecting data and that actually, we still know very little about our nearest star. 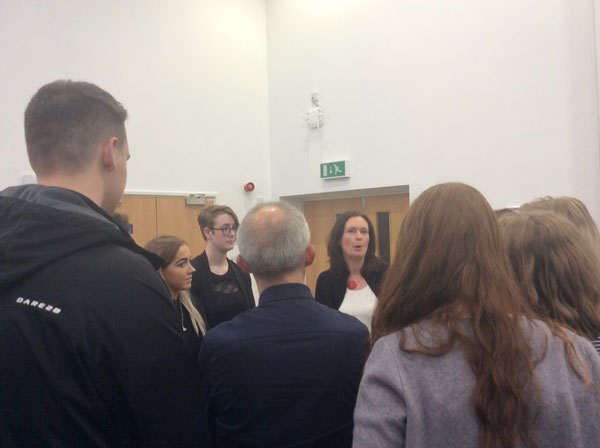 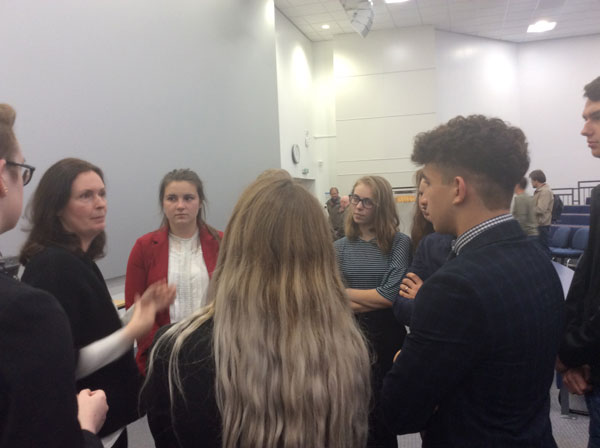 After the lecture Professor Lucie Green spent a few minutes talking to the Westholme students on their own. The students were a credit to themselves and the school, asking insightful questions which were answered in a detailed and enthusiastic manner. 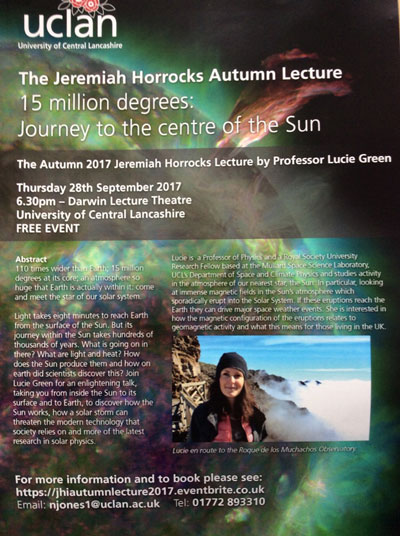 Mr Hiller would like to thank Professor Lucie Green for an interesting presentation and for taking time to talk to our students, also to Professor Ward-Thompson and ‘UCLan’ for hosting the event.