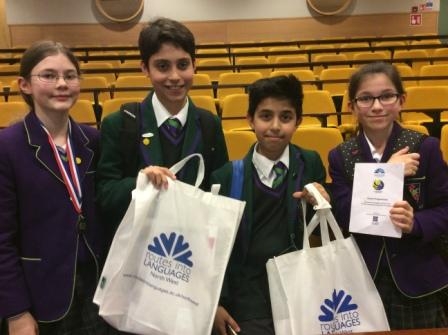 On the afternoon of Wednesday 18th March, four Year 7 students and Miss Shaw travelled to Manchester Metropolitan University to take part in the North West Regional Finals of the Foreign Language Spelling Bee. 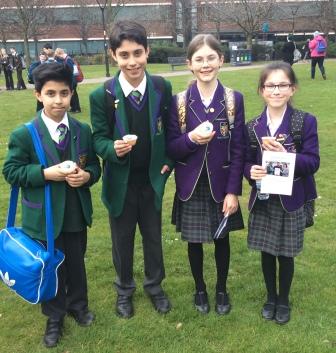 Yusuf Alli, Amy Kirkwood and Matthew Ninan performed very well in their rounds and should be very pleased with their performances.

Eloise Lonsdale advanced through two hotly-contested rounds to reach the final round and blew us away by coming 2nd in Spanish in the whole of the North West! Well done, Eloise! 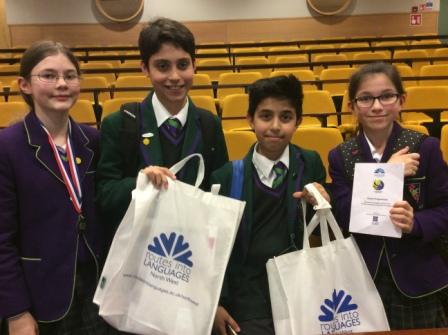 Eloise will now travel to Cambridge in July to take part in the National Finals.

This is a very impressive performance and we wish Eloise the best of luck. Well done to all of our competitors!