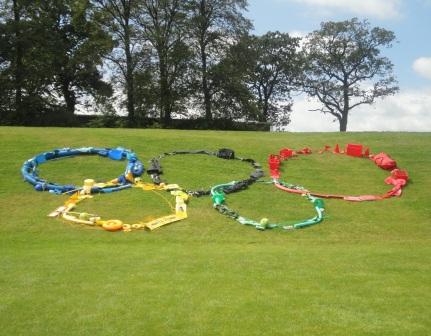 With only a year to go until the Olympic Games begin, the children attending Superskills over the summer holidays have been getting into the Olympic spirit.

They had to collect as many items as they could which were in the five colours of the Olympic symbol. Once they had done this (having found bags, clothes, chairs and even a cone or 2!), they arranged them into the Olympic rings.

Finally, they were all assembled into the number 2012 and their passion for the Olympics began! Later in the day, they took part in another Olympic sport synchronised swimming! Go Team Westholme!